According to the APTMA, claims that Pakistani yarn prices are higher than international rates are completely false, and that importing cotton for yarn from India would have jeopardised Pakistan’s principled stance on Kashmir while consolidating Indian hegemony.
The Pakistan Readymade Garments Manufacturers and Exporters Association (PRGMEA) recently urged Prime Minister Nawaz Sharif to conduct a forensic audit of yarn producers to check the rise in yarn prices, which is putting financial strain on value-added textile exporters and raising their manufacturing costs.
In an open letter to the Prime Minister, it was stated that textile manufacturers have increased yarn rates by more than 40% in a short period of time, causing an artificial shortage under the guise of lower cotton production in the country amid declining cotton prices on the international market, severely affecting apparel sector exports.
The All Pakistan Textile Mills Association (APTMA) issued a statement clarifying the situation.
First, monthly yarn production is 200,000 tonnes, with monthly cotton consumption of 1.3 million bales, paying international prices to 10 million cotton farmers and purchasing 100% of Pakistan cotton produce competing with international merchants at international prices, thanks to the government’s free export policy of cotton at 0% duty to ensure international prices for cotton farmers.
According to the APTMA, the spinning industry consumes all 30,000 tonnes of synthetic fibres produced in the country, and 200,000 tonnes of yarn from cotton and synthetic fibres are produced monthly, with only 100,000 tonnes of yarn consumed by the domestic value-added industry. The remaining domestic yarn surplus is exported in the form of 60,000 tonnes of cloth and 40,00 tonnes of yarn.
There is no shortage of yarn or cloth since it is in plentiful supply. Buyers are only required to pay international prices of goods to the supply chain under the free market mechanism, but the so-called value-added sector of knitwear and woven garments is wailing because they do not want to pay international prices of yarn and cloth, nor regional wages of 150 dollars minimum Rs 22,000 to their laundries.
The salaried class has been hit hard by the rupee’s fall from Rs 110 to Rs 152 in three years, despite no rise in the minimum wage from Rs 17,500 per month.
India’s cotton and yarn prices are temporarily lower due to a lack of access to the Pakistani market, which does not require shipping by sea. In addition, since Indian exports were not as strong during the pandemic, the country has a temporary stockpile. Importing Indian cotton for yarn would have jeopardised Pakistan’s principled position on Kashmir thus consolidating Indian hegemony. As a result, the APTMA did not demand that India’s imports be opened.
The second explanation why Indian prices tend to be temporarily lower is the significant rise in ocean freight, which was $1,300 per 40 feet before the pandemic and is now $3,600 per 40 feet from Shanghai to Karachi, which is four times the usual freight from the United States or Brazil.
The argument that yarn prices are higher than foreign rates is absolutely false. Except for India, the export sector already has the ability to import yarn duty-free for re-export of goods from anywhere in the world.
The value-added sector has access to export refinance at a low rate of 3%, which could have been spent on buying yarn and cloth; otherwise, the sector would not be approaching the government for additional funding.
The value-added sector has acquired approximately Rs. 1 trillion in the name of Export Refinance for the procurement of yarn, which would have given them enough stock for at least 6 months.
However, the companies currently have no stock of yarn or cloth, implying that the funds were diverted elsewhere.
The value-added sector’s export refinance must be audited to ensure that the credit is being used for the intended purpose. Cheaper yarn could have been imported, as said, but this was not done.
It would be fascinating to learn what this concessional financing was used for; there are bound to be some unpleasant surprises.
Cotton was imported by spinners at a time when cotton prices were high (90 cents per pound) and the exchange rate was 165. Cotton is currently trading at 80 cents a pound, with a 152 percent exchange rate. The combined effect is that imported raw material (cotton) is 22 percent more expensive, but yarn producers were forced to adjust prices in line with the lower cotton price and exchange rate, taking a 10% hit on the real price.
The rupee’s value against the dollar increased by 8%, putting pressure on the textile industry by reducing the amount of rupees that would have been earned. Large-scale unforeseen appreciation has wiped out profitability in a volume-based industry with limited margins. Failure to hedge against exchange rate fluctuations is a business decision that cannot be blamed on the government or anyone else.
APTMA demands that, in addition to commercial considerations, the manufacturing sector, including the value-added sector, raise minimum wages to at least Rs. 22,000 per month, in line with national inflation and regional wages. This is the only way to make life easier for the working class by increasing minimum wages to combat rising food prices. 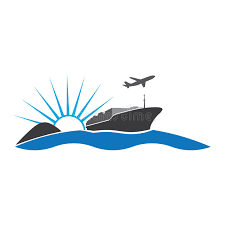