The Chinese Covid-19 Impact On India 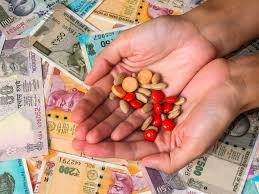 The spread of Covid-19 has become more pandemic compared to the situation in December 2019 when it was restricted more to China. This has raised concerns of the impact being more serious for the world economy as it affects the prospects of all affected countries.

The extreme situation can be something like this: a halt to all economic activity with citizens being quarantined in their homes and all international activity such as trade coming to a standstill. As it has spread to Europe with traces being found in Latin America too, it is uncertain if it would snowball into a global epidemic.

Two things are important here. First is whether it will spread across the globe and impact several countries. The second is whether it will persist for a long time period or be short-lived. This will determine whether or not it will lead to a global recession. There is a sense that the virus may be less effective once summer descends and if it is so, the impact would be less severe.

How have some of the leading indicators behaved against this potential epidemic?

The impact on the Indian economy too will depend on whether or not it spreads to other countries with which India has trade links and whether it is temporary or more permanent in nature. The impact on the Indian economy is examined here within a theoretical framework that has been defined which has limitations as it is based on several assumptions that may not necessarily hold all through the year. As it does look at a possible (though not probable) extreme situation the actual impact would be of a lesser intensity

India exported a total of USD 16.7 bn to China in FY19. Considering that total exports in FY20 remain at the same level as FY19 and based on out earlier stated assumption of 80% loss in Indian exports to China, the total export loss would be around $13.4 bn. Exports to China witnessed a CAGR growth of about 28% between FY17 and FY19.

Industry Insights I Covid-19 and Impact on India

Assuming nominal GDP in FY20 at Rs 204.4 lkh crore, the potential loss of nominal GDP on an annual basis would range between Rs 52,300 – 80,500 crore, which is 0.26-0.39% of total. In real GVA terms this would be between Rs 37,800-58,000 cr. This can reduce real GVA growth rate by around 0.29-0.43% at the extreme limit of 12 months shutdown of China based on FY20 estimates. For a single month total shutdown, the impact would be 0.02-0.03% under the assumptions outlined above.
Impact on invisible flows – Services
A. Travel
Foreign tourist arrivals (FTAs) stood at 10.9 million during 2019 of which FTAs from China accounted for about 3.1% while the Foreign exchange earnings (FEE) stood at USD 30 bn. Assuming equal earnings from each arrival, India is expected to lose $ 0.9 bn during the year in absence of tourist arrivals from China.
B. Transport
India’s total trade stands at about $ 844.5 bn as of FY19 of which trade with China stands at about $ 87.2 bn, accounting for about 10.3% share of the total trade, thereby losing the share in case of a total shutdown by China for a year. The loss of inflows on trade account which bring in dollars under the heading transport would be around $ 1.5 bn.

C. IT
As per the Reserve Bank of India (RBI) data, software (including computer services and IT enabled services) amounting to USD 9 bn was exported to East Asia from India. India is expected to lose about USD 2-3 billion assuming about 20-30% share of this goes to China.

Industry Insights I Covid-19 and Impact on India

In conclusion
This exercise provides a theoretical framework for reckoning the possible impact of a total shutdown of China for one year under certain extreme assumptions to conjecture the worst-case scenario. These include only primary impact and not the secondary effects. The impact under these extreme stress conditions show: