The CCOE Has Extended The Tariff Scheme For The Textile Industry Following the approval of another package worth Rs26 billion for the textile industry by extending the Time of Use (ToU) tariff scheme by the Cabinet Committee on Energy (CCOE), the industry is expected to milk even more revenue.

On a summary of the Power Division, the CCOE approved the proposal of “Extension of Time of Use (TOU) Tariff Scheme for Industrial Consumers” from May 1, 2021 to June 30, 2022.

Sources told The Express Tribune that the government would bear a burden of Rs26 billion due to extension of the tariff scheme for industrial consumers.

The Power Division had sought approval of the energy committee for allocation of a budget subsidy of Rs26 billion for industrial consumers from May 1, 2021 to June 30, 2022 due to extension in the tariff scheme.

The industry is receiving gas supply at discounted rates. The textile industry is a major beneficiary of the subsidy scheme.

The government had initially introduced the gas supply scheme at discounted rate for the export-oriented industry. But later, the Petroleum Division said that all industries, including those which were not exporting textile products, were availing the subsidy.

The textile industry is also yet to pay cotton cess for conducting research on cotton crop. It has obtained stay orders and is not ready to pay the cess.

Earlier, the government had prepared a policy under which only those millers that paid the cess would be eligible for subsidy schemes. But under the current government, the textile ministry has withdrawn this condition for big textile millers.

The CCOE meeting was chaired by Federal Minister for Planning, Development and Special Initiatives Asad Umar on Thursday.

The committee also took up another summary of the Power Division wherein it was proposed that the National Electric Power Regulatory Authority (Nepra) may be directed to withdraw the generation tariff and licences awarded to category-III renewable energy projects as their determinations were not consistent with the approved policies.

The CCOE referred the matter to the Law Division for legal opinion.

The Maritime Affairs Division presented a report on the progress on establishing two new LNG terminals at Port Qasim, Karachi.

The meeting was told that the sub-committee, which is chaired by the Ministry of Maritime Affairs, meets on a regular basis in order to promote the establishment of new terminals. 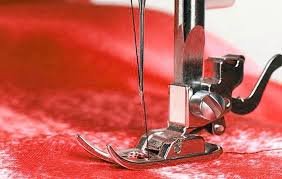