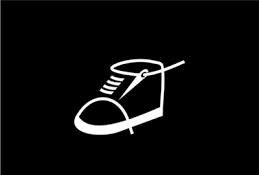 IndexBox has just published a new report: ‘U.S. Footwear Market. Analysis And Forecast to 2025’. Here is a summary of the report’s key findings.

After two years of growth, the U.S. footwear market decreased by -3.1% to $25.7B in 2019. This figure reflects the total revenues of producers and importers (excluding logistics costs, retail marketing costs, and retailers’ margins, which will be included in the final consumer price).

Over the period under review, consumption continues to indicate a relatively flat trend pattern. The pace of growth was the most pronounced in 2015 when the market value increased by 6.4% year-to-year. As a result, consumption attained a peak level of $27.6B. From 2016 to 2019, the growth of the market remained at a somewhat lower figure.

Taking into account the closure of the retail sector due to the pandemic, a decrease in consumer incomes, and possible disruptions in the work of international supply chains, the footwear consumption in the U.S. is expected to drop somewhat in 2020. Afterward, the start of gradual market growth is expected as the economy recovers from the effects of the pandemic. The market is forecast to expand with an anticipated CAGR of +0.9% for the period from 2019 to 2030, which is projected to bring the market volume to $28B by the end of 2030.

Footwear Production in the U.S.

In value terms, footwear production dropped slightly to $1.6B in 2019. In general, production saw a perceptible curtailment. The most prominent rate of growth was recorded in 2016 with an increase of 3.4% year-to-year. Over the period under review, production hit record highs at $1.9B in 2013; however, from 2014 to 2019, production remained at a lower figure.

Exports from the U.S.

In 2019, shipments abroad of footwear increased by 1.5% to 83M pairs, rising for the third consecutive year after two years of decline. Overall, exports showed a relatively flat trend pattern. The pace of growth was the most pronounced in 2018 with an increase of 10% y-o-y. In value terms, footwear exports reduced modestly to $1.1B (IndexBox estimates) in 2019.

From 2013 to 2019, the average annual growth rate of volume to Canada stood at +1.8%. Exports to the other major destinations recorded the following average annual rates of export growth: China (+54.5% per year) and Mexico (+3.7% per year).

In value terms, Canada ($485M) remains the key foreign market for footwear exports from the U.S., comprising 44% of total exports. The second position in the ranking was occupied by China ($92M), with an 8.2% share of total exports. It was followed by Mexico, with a 7.6% share.

Imports into the U.S.

In 2019, purchases abroad of footwear decreased by -9.2% to 2.2B pairs for the first time since 2016, thus ending a two-year rising trend. In general, imports showed a relatively flat trend pattern. The pace of growth was the most pronounced in 2015 with an increase of 5.9% y-o-y. As a result, imports attained a peak of 2.4B pairs. From 2016 to 2019, the growth imports remained at a lower figure. In value terms, footwear imports shrank to $25.4B (IndexBox estimates) in 2019.

In 2019, China (1.4B pairs) constituted the largest footwear supplier to the U.S., accounting for a 65% share of total imports. Moreover, footwear imports from China exceeded the figures recorded by the second-largest supplier, Viet Nam (452M pairs), threefold. Indonesia (113M pairs) ranked third in terms of total imports with a 5.2% share.

In value terms, China ($12.2B), Viet Nam ($6.8B) and Indonesia ($1.6B) appeared to be the largest footwear suppliers to the U.S., with a combined 81% share of total imports. Cambodia lagged somewhat behind, accounting for a further 1.8%.

In 2019, the average footwear import price amounted to $12 per pair, with an increase of 6.9% against the previous year. Over the period from 2013 to 2019, it increased at an average annual rate of +1.7%. As a result, import price reached the peak level and is likely to continue growing in the immediate term.

There were significant differences in the average prices amongst the major supplying countries. In 2019, the country with the highest price was Viet Nam ($15 per pair), while the price for China ($8.7 per pair) was amongst the lowest.

From 2013 to 2019, the most notable rate of growth in terms of prices was attained by Viet Nam, while the prices for the other major suppliers experienced more modest paces of growth.

Companies Mentioned in the Report Sustainability Conclave: Replacing polyester can have the most impact