~ Practically’s experiential booth was a roaring success, with students being awarded exclusive scholarships

The Young Changemakers Conclave themed “7 Superpowers to Save the World” is an initiative by Samyak Chakrabarty, Founder & President of X-Billion Skills Lab, and Project Naveli by Navya Naveli Nanda in association with United Nations India. A key highlight of the conclave was a fireside chat between Ms Charu Noheria, Co-Founder and COO, Practically, and health tech entrepreneur Navya Nanda of Aara Health and Project Naveli. They spoke in length the growing importance of digitization in their respective sectors of education and health. A key takeaway was a tectonic shift created by technology in these important sectors. Through their journey, the two entrepreneurs discussed the need for women to be aware of technology and remain open to the idea of entrepreneurship, considering that the number of women entrepreneurs is considerably lesser in India.

The students and attendees made the most of the fun experiential booth set up by Practically. It was one of the key attractions of the event, and early birds also availed of exclusive scholarships and attractive goodies from Practically.

Speaking about the event, Ms. Charu Noheria, Co-Founder and COO of Practically said, “We are delighted to partner with the UNYCC to present their latest conclave in Mumbai. Today’s youth are willing to work towards a better world, and the United Nations Young Changemakers Conclave is a wonderful platform for a meaningful dialogue on creating a more empowered world. We, at Practically, have always been supportive of youth development and believe that initiatives like these will help create a lasting impact.”

“Practically is a new player in EdTech and has created a new space in the learning process. I look forward to seeing their technology being used to create the next generation of thinkers who will take this country forward,” said Navya Nanda of Project Naveli and Aara Health. Levi’s Aims for More Hemp and Sustainable Cotton in Jeans 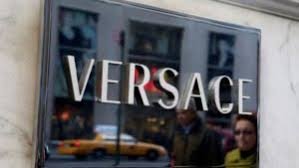