Textile units in Surat may remain closed for a month!

Facing multiple challenges, textile units in Surat may remain closed for a month. Several mill owners in Surat have proposed shutting down the dyeing and printing mills for the whole of November. In a meeting of South Gujarat Textile Processing Association (SGPTA), members of the association shared this opinion.

Surat’s textile industry is facing challenges including fuel crisis arising from coal shortage, and increase in costs of colour and chemicals has led to rising production costs.

Jitubhai Vakhariya, President, SGTPA said, “The mill owners suggested to keep the factories shut for a month, due to a rise in the prices of colours, chemicals and coal. Textile traders are not agreeing to hike the charges of dyeing and printing.” He further added that another meeting has been planned on 20 October to discuss the issue and take a decision.

In Surat, weavers sell grey fabric to the textile traders who then send them to the mills for dyeing, printing and finishing. The boilers in dyeing and printing units generate steam using coal, majority of which is imported.

However, shortage of coal has led to a threefold increase in prices of colours and chemicals, following which the textile mill owners carried out a meeting with the SGTPA and requested to keep the dyeing and printing mills closed for a month from 1 November.

Industry is also facing short supply of colours and chemicals, some of which are imported from China. For example, the price of Hydo, which was available at Rs. 60 per kg, has gone up to Rs. 200, while that of formic acid has increased from Rs. 32 per kg to Rs. 150 per kg. 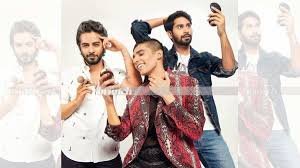