The Handlooms and Textiles department signed Memoranda of Understanding (MoUs) with prestigious institutions such as Indian Institute of Chemical Technology (IICT), Indian School of Business (ISB) and United Nations Development Programme (UNDP) on Friday to propel the growth of handlooms and textiles industry in the State as also to ensure better livelihood for weavers. The MoUs were signed in the presence of Handlooms and Textiles Minister KT Rama Rao during the National Handloom Day virtual celebrations organised at Pragathi Bhavan here.

While MoU with ISB aims at evaluating the implementation and performance of State-run policies for the weaving community in the State, the MoU with IICT will focus on conducting applied research on development of sustainable textile yarn dyeing and reduce the hazardous impact of dyeing on weavers and the environment.

Another MoU with the UNDP-India is intended to support the weavers in restoration of their livelihoods. The UNDP-India will facilitate promotion of improved livelihood opportunities through skill upgradation and market linkages. UNDP India Deputy Resident Representative Nadia Rasheed attended the MoU signing ceremony through video conference.

Stating that several other States were trying to emulate the Telangana State government’s schemes for weavers, Rama Rao instructed the officials to prepare proposals for continuing with the much-appreciated ‘Nethanna ku Cheyutha’ (Thrift) scheme. He said the State government provided the much-needed relief to weavers considering the Covid-19 pandemic situation, releasing Rs 93 crore to weavers accrued under the scheme well before the mandatory lock-in period of three years.

Further, the Minister explained that about 20,554 weavers were enrolled under the Chenetha Mitra scheme. He said about Rs 7.92 crores was deposited into the accounts of 30,984 weavers and ancillary workers.

The Minister said the State government allocated Rs 15 Crore for the revival of Pochampally Handloom Park and works on the proposed Gadwal Handloom Park will all commence soon. He responded positively to the requests from weavers of Narayanpet for construction of a Common Facility Centre for them. He reiterated that the elected representatives and government officials have been wearing handloom clothes every Monday to increase awareness about handloom clothes and helping weavers. 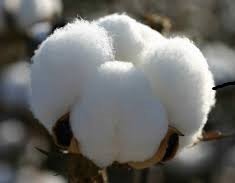