With the increasing popularity of camping, which can be enjoyed while keeping social distance during the epidemic, material firms are encouraging sales of commodities such as lightweight apparel and bug repellent goods.
Due to the coronavirus epidemic, demand for formerly important commodities such as fashion is sluggish, and corporations are anticipating that this will be a new growing area.

Teijin Ltd. created Minotech, a synthetic fabric for water-repellent outdoor wear, in 2016. It was inspired by the rice leaves used in Japanese straw rainwear known as mino. Because of the minuscule protrusions that help droplets of water to float throughout its surface, the fabric is pleasant to the touch and popular with first-time hikers.
Inquiries for Minotech from garment factories have surged by 20-30% after the coronavirus outbreak.
According to the Internal Affairs and Communications Ministry’s household survey, consumer expenditure on apparel and footwear per household of two or more persons fell by 16 percent in July compared to the same month in 2019. The garment business, which deals with general clothing, has been buffeted by adversities as people stay at home. Resources firms were also impacted, with financial statements for the fiscal year ending March 2021 characterised by decreasing company performance, including reduced revenue and companies’ bottom lines falling into the red.
As a result, the camping sector has great hopes. Women’s solo camping and excursions are becoming more popular as a result of the influence of manga and anime, such as Yurucamp. According to the Japan Auto Camping Federation, the market for camping equipment would reach a new high of 87.6 billion in 2020, up 16.3 percent from the previous year. There are believed to be more inexperienced campers, resulting in a bigger number of people purchasing new things.
Toray Industries, Inc. is growing its manufacturing of waterproof and flexible textiles used in shirts and jackets as more people enjoy outdoor activities throughout the world.
Chemical behemoths are also attempting to tackle insects, which are especially nasty for those who are not used to being outside. Sumitomo Chemical Co. released a line of mosquito repellent chemical sprays for outdoor usage in 2018. This year’s sales volume has more than doubled that of last year.
In the same year, Mitsubishi Chemical Corp. introduced an insect repellent net for autos geared at campervan owners. Since the outbreak of the epidemic, sales have been brisk. 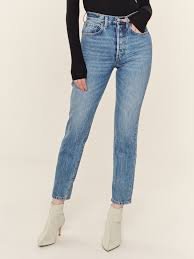 Hand Made in India’ project to turn artisans into entrepreneurs.