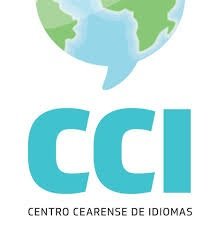 Textile Industry has welcomed the move by the Cotton Corporation of India (CCI) for introducing the Bulk Quantity Discount Scheme for the sale of cotton procured during the 2018-19 season, saying the decision will offer a much-needed boost to the country’s cotton Industry starved of raw cotton and facing declining export of cotton yarn.

The move will raise India’s share of world exports, CITI chairman T Rajkumar said in a statement issued in Coimbatore.

During fiscal 2019-20, the export of cotton yarn declined by more than 30 per cent due to which there was a very limited demand of raw cotton that discouraged not only cotton spinners but also CCI, which could not sell the cotton procured in that season to the tune of nine lakh bales due to drop in cotton prices, Rajkumar said.

The cotton industry has been continuously pleading with the ministry of textiles to sell the CCI-procured cotton at market-driven prices so as to have stability in the cotton market and protect the interests of the spinning mills as well and its downstream power loom and handloom sectors, which are largely dependent on domestic cotton yarn, he added.

India’s Khadi and Village Industries Commission (KVIC) is playing a pivotal role in enhancing employment opportunities across India under the Prime Minister Employment Generation Programme (PMEGP), according to its chairman Vinai Kumar Saxena, who recently said the scheme encourages traditional artisans, self-help groups and the educated unemployed to build an enterprise.

KVIC, being the nodal agency for PMEGP, receives funds from the ministry of micro, small and medium enterprises, helps in the identification and screening of deserving candidates and then releases the funds to the Corporation Bank, a nodal bank approved by the ministry.

As on February 5, KVIC has already released Rs. 1,400 crore to the financing banks, out of which more than Rs. 1,300 crore has already been disbursed to the respective beneficiaries, he added.