The textile and garment industry continues to be hurt by the Covid-19 pandemic with only weekly orders coming in due to uncertain demand. Shipments of textile and garment, Vietnam’s third-largest export earner, fell 11.6 percent year-on-year in the first eight months to $19.6 billion because of the pandemic, the Ministry of Industry and Trade said in a recent report.

Producers receive orders by the month or even week because of the plunging global demand due to Covid-19, whereas in previous years by this time they would have received orders for the first half of the following year, the report said.

Some producers have seen September orders drop by 40-50 percent, while orders have not been confirmed for the rest of the year and 2021, it added.

Global demand for textile and garment products in the third quarter has not shown signs of reviving, as consumer confidence remains low in the U.S., the E.U., and Japan, three of Vietnam’s largest buyers.

This has affected producers like Vietnam National Textile and Garment Group (Vinatex). Cao Huu Hieu, its deputy CEO, said the company forecasts a 20 percent fall in revenues this year.

“We have barely received orders for the last quarter, which is a major challenge for our production plans. Prices of masks have dropped to just enough to cover costs.”

Companies are doing all they can to survive. Garment 10 Corporation Jsc (Garco10) is working to get long-term orders to ensure cash flows and retain jobs, while Vinatex seeks to boost domestic sales.

Truong Van Cam, deputy chairman of the Vietnam Textile and Apparel Association (VITAS), said the domestic market is promising amid the pandemic though revenues from it would not be high since consumers are also trying to cut down spending.

Companies want the government to delay loan repayments to banks.

There are around 6,800 textile and garment businesses in the country. Last year their exports were worth $32.85 billion, increasing 7.8 percent year-on-year. 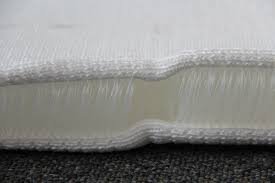