APTMA, the battleship of textile industry associations, backed GoPs’ $21 billion export objective for the current fiscal year last week. Reaching the aim was no easy task, given that it would necessitate a 36 percent increase on last year. Is it possible?

Just once in the previous 35 years have textile exports expanded at such a rapid pace. In fiscal year 2011, industry exports increased by 35%, from $10.2 billion to $13.8 billion. However, the growing impetus was short-lived, and sector shipments failed over the next ten years, just managing to reach $13 billion by FY20.

Therefore, how could exports increase by more than one-third in a single year in FY11? Can it happen again? Will the growth momentum be maintained, or will it stagnate at the new base? To find answers to these concerns, one needs go back in time and investigate Pakistan’s textile exports before to 2011.

In November 2011, worldwide cotton prices had more than quadrupled in less than a year, owing to a remarkable spike in global prices similar to the one we are witnessing now. Despite global cotton prices have not yet doubled in the last 12 months, they appear to be going in that direction, specifically with China entering the international market as a strategically buyer to build inventories.

Predictably, a meteoric jump in global prices of raw materials in FY11 translated into higher revenues for textile exporters. More importantly, not only did unit prices improve, but so did the quantities shipped (with the exception of a few categories), as industry was able to raise quantities, probably due to increased profits (due to cheaper raw material buying, before world prices ran amok).

The tendency shifts for middle – high add categories (such as towels and bedsheets) (such as knitwear and readymade garments). Though bedwear and towel prices fell in the years following FY11 (and never returned to the FY11 high), volume exported remained stable. Within increased adds, not just to did volume hold steady over the next decade, but unit prices also continued to rise (although slowly), with only small pauses in recent decades.

But that’s not fiscal year 2011. Before initially, increased adds (knitwear and readymade garments) accounted for barely one amongst textile export earnings; by FY21, that figure had risen to more than half.

Simultaneously, the proportion of reduced add (cotton yarn and cloth) has declined from 41% to 22%, with a  $2 billion value decline in absolute terms.

However, if FY11 and its tragic crude prices spiral are any indication, reduced amount items will see the quickest, but temporary, price hikes now as well. When global cotton prices begin to collapse – as they will – yarn and cloth export unit prices will be the most transitory, falling faster than they rise. It needs to be seen if the rise in global stock prices will result in an increase in the volume of low-value add exports (yarn and fabric).

If yarn and textile export volumes increase – even if total yarn output remains unchanged – towel, bedwear, knitwear, and readymade garments companies will have less availability of raw materials. Some of them have already advocated for the elimination of taxes on yarn and textile imports (as raw materials), which would negate any forex benefits from additional yarn and cloth exports. Considering the current account woes, the GoP may be looking for immediate victories through textile export growth. Instead of relentlessly pursuing the $21 billion target, it would be advisable to ensure that economic growth is sustained and based on significant advancement content increase. 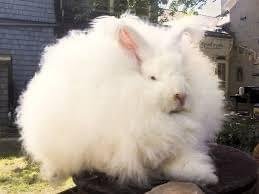