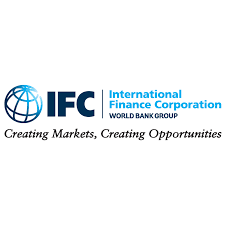 In a first-of-its-kind initiative, the industrial city of Gazipur near Dhaka will develop a wastewater and sludge treatment system with private sector participation in two of its urban zones to treat domestic sewage. With an estimated cost of $82 million, the pilot will include a sewerage network of nearly 137 kilometres and will benefit 230,000 households.

It will also include two sewage treatment plants of about 56 million litres per day cumulative capacity, mechanical desludging of septic tanks and transportation of fecal sludge to three treatment plants.

The move follows the signing of an agreement between the International Finance Corporation (IFC), a member of the World Bank Group, and the Public-Private Partnership Authority (PPPA) of Bangladesh to provide transaction advisory services to help set up a wastewater management system in Gazipur and Tongi areas of Gazipur City Corporation (GCC).

“The Gazipur project will serve as a model for rolling out similar public-private partnership projects across the country with the aim of improving citizens’ health and increasing Bangladesh’s market competitiveness by eliminating untreated wastewater flowing into the ground and water bodies by 2035,” Sultana Afroz, secretary to the government of Bangladesh and PPPA chief executive officer was quoted as saying by an IFC press release.

Gazipur, a major hub for manufacturing readymade garments, has seen rapid urbanisation over the past two decades. At present, the city of over two million people does not have a wastewater treatment plant or a centralised sewerage network.

Nearly 70 per cent of the 230,000 households in Gazipur and Tongi areas rely on a decentralised system, which is typically a conventional septic tank and pit latrines, while the wastewater generated by the remaining 30 per cent is discharged directly into open drains or water bodies.

The project was the result of a three-year effort by the Bangladesh Water Multi Stakeholder Partnership, which is being facilitated by the 2030 Water Resources Group, a public-private-civil society multi-donor trust fund hosted by the World Bank Group.