Tencel is regenerated (manmade) cellulose fibre made from wood pulp.

Tencel is a brand name for a fibre which is also called lyocell, manufactured by the Lenzing AG company. Tencel and Lyocell both are same, regenerated from wood cellulose. It is similar in hand to rayon (i.e. viscose) and bamboo, both regenerated fabrics. However, Tencel is one of the most environmentally friendly regenerated fabrics, for several reasons. Tencel fibres are grown sustainably.

Tencel is a manmade fibre completely natural in origin, made from the natural cellulose found in wood pulp. It is stronger than cotton. Tencel at present is costlier than rayon, cotton and polyester. It has the breathability and absorbency of a natural fibre, the durability and easy-care performance of a man-made one. Due to its softness it can blend easily with other fibres such as cotton, polyester, acrylic, wool, and silk to enhance the aesthetics and functionality of fabrics.

The process used to create lyocell (later to be branded, Tencel) was originally developed in 1972 by a now-defunct fibres facility in Enka, North Carolina. The pure research with the aim to produce staple fibres and filament yarn was taken up under the tittle “Newcell” in 1976 by the American Enka in 1987 Akzo granted a licence to Lenzing (Austria) and to Courtaulds (U. K) in 1990. Lenzing (Austria) gave the name Lenzing Lyocell and Courtaulds renamed the fibre “Tencel.” When Lenzing AG purchased the Tencel plants in 2004, they combined it with their lyocell business, but they kept the Tencel name. They are the only major producer of lyocell fibre.

It has a natural origin because it’s made from wood, but the finished fibre is technically man-made so it doesn’t qualify as a natural fibre. That’s why the textiles industry refers to it as regenerated cellulose instead of “natural” or “synthetic.” Tencel eliminates the negative environmental impacts of traditional fibre processing, using new sustainable technologies.

TENCEL fibres are found in the collections of many leading designers and renowned retailers.

The manufacturing process of Tencel is based on dissolving in an organic solvent called NMMO in which cellulose dissolves without undergoing any chemical change (it’s like dissolving sugar in water). So, it is called as organic solvent spinning also called “dry jet-wet spinning” process.  Here the organic solvent is a mixture of organic chemicals and water.   N –methylmorpholine N-oxide monohydrate (NMMO) amine oxide is the solvent used.

The wood pulp is first dissolved at 900 c to 1200 c under normal pressure in concentrated aqueous NMMO by subjecting it to intensive shearing and simultaneously evaporating water. The viscose solution is filtered and extruded into an aqueous spinning bath through spinnerets to yield fine filaments. The resulting tow is washed to remove residual solvent, dried and cut to staple fibre. Here cellulose is precipitated in the form of fibre and the solvent is recovered back to the extent of 99.5 %. The solvent used, which is made from ethylene glycol, is obtained from oil refineries. Since their recycling rate is pretty high, solvent usage is very low. Thus, the effluent from the process is minimal, and most importantly, it is not classified as hazardous. Hence Tencel is an eco-friendly fibre.

Tencel exhibits excellent handle properties because they are soft and lustrous. It is gentle on skin. It is a soft fibre like silk and highly absorbent. In softness, it is similar to cotton. They show good drape and fluidity that is unexpected for fabrics of their weight.

Tencel’s smooth fibre surface feels soft and supple against the skin and its incredible wicking abilities keep the skin dry, making tencel a great fabric for sensitive skin. Fibres with poor water absorption capacity result in textiles which cling to the skin when they are wet. Wet skin is much more sensible to irritation than dry skin. The coarseness, the stiffness and the surface character of the fibres will also have an impact on the skin’s sensory perception.

Tencel is originated from the renewable raw material wood created by the natural process of photosynthesis. The cellulosic fibres are manufactured using an environmentally responsible production process.

Tencel has very good wrinkle resilience than cotton. Its resistance to shrinking and fading.

Tencel is the strongest of all cellulosic fibres. This is because there is only a 15 % loss of wet strength and hence gives an edge over the others. Tenacity lies in the range of 38-42 cN/Tex. It has excellent dry and wet strength. Tencel fibre is characterized by its high strength both dry and wet. Tencel shows a dry tenacity significantly higher than other cellulosic and approaching that of polyester.

In the wet state, tencel retains 85% of its dry strength and is stronger than cotton when wet. The higher strength of the fibre translates into strong yarns and fabrics and plays an important role in subsequent processing. In addition, tencel has a high modulus that leads to low shrinkage in water. Thus, fabrics and garments demonstrate good stability when washed.

Tencel fabric is most known for how it feels: exceptionally soft on the skin.

Cellulose in Tencel fibre has a high degree of orientation and crystallinity. The cellulose crystals are highly parallel in longitudinal direction of fibre. The ratio of crystalline to amorphous area is approximately around 9: 1.

Tencel fibre has a smooth uniform surface and a circular cross –section. Tencel structure is not a collapsed structure like that of cotton.

Eco Print :
Made from the natural cellulose found in wood pulp. The fibre is economical in its use of energy and natural resources, and is fully biodegradable.

Tencel fibres are highly stable at high temperature. It does not melt but starts losing strength rapidly at 3000 c and finally gets ignited at 4200 c. it can take high ironing temperatures. If burnt, these fibres will not melt but scorch like other cellulosic. It is similar to silk in stability.

Due to its moisture management, Tencel is also anti-bacterial. Tencel has an extremely smooth, soft surface that drapes beautifully to flatter every figure.

Tencel is inert to most of the organic solvents. However, it degrades in the presence of hot dilute or cold concentrated mineral acid. Tencel can be mercerized even at 300 gms/litre caustic at 600 c which is difficult for any other fibre other than cotton. This gives better stability to Tencel products in woven.

Tencel fibre can be dyed with all dye’s classes suitable for the dyeing of cellulosic fibres. It holds dye well so it makes vibrant colors.

This is an important property of tencel. When the fibres get wet, they swell.  Fibrillation is the peeling back or splintering of fibre ends to form tiny hairs on the surface. These surface fibres mat together and mar the appearance of finished fabric.

In other words, Tencel fibre has a tendency to fibrillate.  Fibrillation means the splitting of fibrils along the fibre surface of individual fibres, which are caused by the swelling in water and further by the action of mechanical stress. Though fibrillation is a problem but the micro fibres generated in the wet processing of tencel can be used to create a variety of interesting touch and feel aesthetics.  A peach skin effect, which can also withstand repeated domestic washing at 400 c is possible, providing fibrillation is short and fine and not allowed to become long and entangled. It is also highly wrinkle resistant and fibrillates during wet processing to produce special textures. Fibrillation can be prevented or can be used to an advantage.

Fibrillation is of two types:-

Primary fibrillation– It is important that the fabric is worked until the surface is fibrillated to its maximum extent.

Secondary fibrillation– To get a stable fabric appearance, it is necessary to fibrillate the fabric a second time. It is done by either simple washing treatment or by dyeing the fabric.

A recently developed Tencel A-100 has a non-fibrillated surface finish produced by means of chemical treatments in the last stage of fibre processing. This fibre is produced by Accordis Cellulose Fibres for the knitwear market.

To avoid such problems, the choice of dyeing machine is critical. Then the air jet has proved to be particularly effective. Soft flow jets, such as the gaston county futura and hisaka, have also been successful with light to medium weight fabrics.

Tencel fibres blend well with other natural or synthetic fibres such as below:

The blends adds drape, comfort and performance, enhance the aesthetics and functionality of fabrics. The blend also yields high tear and tensile strength.

Proper pre-treatment of tencel fibres is important for further wet processes like dyeing, printing and finishing. This is also important since tencel fibres tend to form creases during the first wet swelling and these creases cannot be removed.

By means of the cold –pad-batch three in one process (T-I-O)., in one step the size is oxidatively removed, fibre is bleached and causticisation is carried out.  Practical experience shows that greater color yield results from the simultaneously achieved causticisation effect lead to a dyestuff saving up to 30 % depending on the type of dye.

Tencel is dyed in four ways:

All dyes like direct, vat, reactive, azoic, sulphur and pigments are used. Fibrillation will not occur during open width dyeing processes but will occur during rope dyeing processes. Tencel fibre can be dyed with all dye’s classes suitable for the dyeing of cellulosic fibres. Tencel generally has much higher dye ability than conventional cellulosic fibres and it requires special dyeing conditions.

Finishing processes can impart wool or silk like property

Tencel can be printed by conventional methods using ordinary classes of dyes. During printing, tencel behaves in a similar way to viscose and therefore recipes for viscose can also be used on tencel.

Uses and Application of Tencel Fibre:

Tencel fibres are found in the collections of many leading designers and renowned retailers.

Tencel fibre is used in women’s wear, suits, etc. In men’s wear, it is used as golf shirts.  It is also used in the manufacture of towels, sheets, upholsteries and pillow cases.  It is used in fine quality clothes, blouses, stacks, jeans, shirts and sportswear. Tencel is incredibly soft, so it’s most common in intimate apparel and loungewear.

It is used in technical fabrics in which high strength coupled with high absorption are required. It is used in especially non-woven fabrics targeted primarily in hydro entangled, spun laid and wet –lay technologies. It is also used in battery separation and coating substrates.

Tencel is also used for denims. With Tencel the traditional denim look can be obtained combined with special feeling of comfort. Tencel can be used for the production of soft denim. 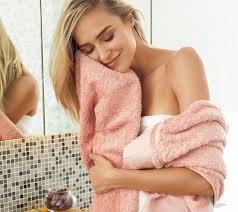 Tencel fibres feel amazing, use sustainable practices, and have high-quality performance features that make it popular for both brands and consumers alike.

Ease of care is one of Tencel’s most popular qualities. Machine wash and dry your Tencel bedding collection according to the manufacturer’s instructions, and you can expect pieces to maintain their rich color and flowing fit for years to come.