The Telangana government is considering a policy on cotton solvent to encourage ginning mills in the state, state agriculture minister Singireddy Niranjan Reddy told owners of such mills at a recent meeting with various associations. He said the state government is committed to encouraging ginning mills in the wake of increase in raw cotton production.

The by-products of cotton like oil, cake and solvents have a sound demand at the national and international levels, he was quoted as saying by media reports from the state.

Niranjan Reddy said more incentives would be given to the mills after taking the issue to the notice of chief minister K Chandrasekhar Rao. “The number of ginning mills was less than 100 before formation of Telangana. Now, 350 new mills have come up in the last seven years and another 30 are in the pipeline,” he said.

The ginning mills are already getting power subsidy.

Cotton is expected to be cultivated in about 75 lakh acres during the kharif season this year and the Cotton Corporation of India (CCI) has certified the quality of cotton produced in the state, he added. 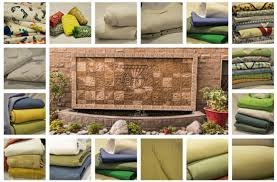 India may obtain from US curbs on PRC textile imports: ICRA