‘Taxed’ by the Budget, Sensex and Nifty hit two-year lows. 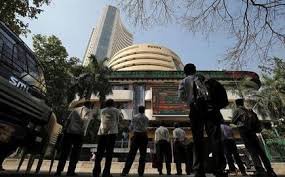 The Budget proposal to increase the tax burden on large investors impacted market sentiments on Monday, with the Sensex and Nifty seeing their worst intra-day declines in over two years. The Sensex fell nearly 900 points, or close to 3 per cent, intraday.

The fine-print of the Budget proposals revealed a sharp rise in tax outgo for foreign portfolio investors (FPIs) in terms of long-term capital gains (LTCG) and short-term capital gains (STCG). Also, a minimum public shareholding of 35 per cent has been proposed, which will ensure an increased supply of shares in at least 167 of the top BSE-500 companies. A 20 per cent tax on buyback of shares was also announced in the Budget, which is likely to hurt trading volumes as share buybacks get rarer.

BusinessLine reported on Monday on how the effective rate of peak LTCG and STCG will become 14.25 per cent and 21.37 per cent, respectively, from the current 11.96 per cent and 17.94 per cent. The tax outgo for a large number of investors including FPIs, domestic and foreign individuals and companies will rise by about 19 per cent.

These factors apart, what brought down the market sentiment was the lack of any Budgetary boost to consumer spending. On the other hand, the tax on gold purchase is being increased by 2.5 per cent while the cess on petrol and diesel has also been hiked. India’s super-rich who earn more than Rs. 5 crore will now be taxed at 42.7 per cent.

“Nifty going down by nearly 400 points in two days was not expected after the Budget,” said a foreign fund manager. “There has been total silence in the Budget on reviving consumption. Plus, the taxes will hurt and could bring about a recession. Higher FPI tax outgo could impact fund inflows.”

The markets did not get any support from global cues as well. Reports that the US Fed may not cut interest rates in a hurry spread gloom. Japan’s Nikkei index was down 1 per cent, while China’s Shanghai Composite was down 2.58 per cent and Hong Kong’s HengSeng was down 1.54 per cent.