Tata Power puts off till March 20 plans to shut down Mundra plant. 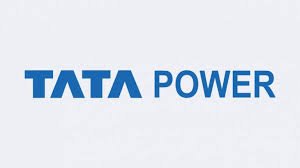 Tata Power said that it has put off plans to shut down the 4000 MW Mundra Power until March 20 after assurances were given by the Centre.

Earlier, Tata Power had said it would gradually start shutting down the power plant from March 11 if it was not allowed to increase tariffs as per the High Powered Committee recommendations.

The plant supplies power to Gujarat, Haryana, Rajasthan, Punjab and Maharashtra. These States have so far refused to increase tariffs. Following the threat by Tata Power arm — Coastal Gujarat Power Ltd (CGPL) which operates 4,000MW Mundra plant — a meeting was convened by the Union Power Secretary on March 9. The meeting was attended by all the five States’ Energy Secretaries/officials and the contours of an acceptable solution were discussed.

“There were certain legal and contractual issues discussed pertaining to the PPA in light of the earlier and subsequent Supreme Court orders, which all parties have agreed to examine upon. It was agreed that the Union Power Secretary will re-convene another meeting within the next 10 days so as to arrive at a decision on the same on or before March 20,” Tata Power said in a statement.

“Given the positive discussions in this meeting and the intent expressed by all parties to arrive at an acceptable solution, CGPL awaits a decision by March 20 and till such time normal operations of the Mundra plant will continue. The notices still remain valid and CGPL will consider an appropriate decision on the notice of closure based on the outcome of these meetings,” it added.

In February 2006, Tata Power had won a bid for the project, quoting a price of Rs. 2.26 per unit of electricity generated. The project was to run on coal imported from Indonesia, but in 2010, the Indonesian government decreed that coal exports could be done only at prices linked to international rates. Tata’s plea for higher tariff was rejected by the Supreme Court.

As a consequence, the Mundra project became, according to Tata Power, unviable. But a three-member higher-power panel formed by the Gujarat government recommended passing the burden of high coal price to discoms. In October 2018, the Supreme Court directed the Central Electricity Regulatory Commission (CERC) to decide on changes to PPAs.

While the Mundra plant has been running in losses every year, Tata Power reported net profit of Rs. 245.64 crore in Q3FY20, rising nearly 12 per cent from the Rs. 219.79 crore reported in the previous year, buoyed by lower operation losses at its Mundra plant.

On Wednesday, Tata Power said that it was reasonably confident of arriving at a solution for Mundra Plant in the next few weeks and avoid its closure. 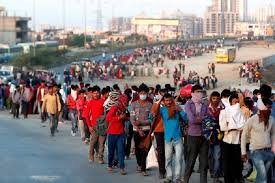 India needs to review its treatment of migrant labour.