The districts of Tiruppur and Coimbatore in Tamil Nadu are currently without power looms for two weeks as a result of a decline in demand and rising production costs faced by the region’s producers of textiles and grey fabrics. The textile business has been plagued by unstable yarn pricing, high electricity tariffs, and low procurement, which has caused it to close its doors. As a result, more than 300 textile manufacturing and weaving facilities’ hundreds of looms have stopped operating. Industry insiders claim that the two districts, which have the most power looms placed anyplace in the nation, have about 175,000 of them closed.

Coordinator for the Tamil Nadu Textile Entrepreneurs Association, K. Sakthivel, said. “Production costs have risen sharply because of several factors. While we were facing problems because of unstable yarn prices, poor procurement—mainly from northern and western India—and the high-power tariff imposed by TANGEDCO (Tamil Nadu’s power utility) have aggravated our plight.”

The textile makers discovered the loss to be between Rs 3 and Rs 4 per meter after sourcing fabrics from power loom plants. Additionally, despite poor lifting of accumulated stock, orders during the Deepawali time did not materialize as they had in the past. A shutdown was therefore determined to be a viable option. “We decided not to go on a strike as it would directly affect workers as well as our business,” says Sakthivel.

“Production costs have risen sharply because of several factors, while we were facing problems because of unstable yarn prices, poor procurement—mainly from northern and western India—and the high-power tariff imposed by TANGEDCO (Tamil Nadu’s power utility) have aggravated our plight.” says K. Sakthivel.

The workers in the Industry are also worried, “Many are poor, earning between Rs 500 and 700 a day and mostly youth who may now be forced to abandon the industry,” says CITU-Power loom Weaving Unit Workers’ Association (Tiruppur) secretary R. Muthusamy.

Government of Tamil Nadu is also aware of the crisis. One of the official from State Textile Department said, “The unstable cotton yarn price is due to the drop-in arrival of fresh cotton in the market. This reflects in the procurements and orders.” M.K. Stalin, the chief minister of Tamil Nadu, had written to Prime Minister Narendra Modi to ask for help for the struggling industry. He pushed for mandatory declaration of cotton and yarn stock as well as lowered cash credit limits for mills to purchase cotton since several facilities were on the verge of shutdown.

The Union government had announced the removal of the import tariff on cotton in response to appeals from various stakeholders. Despite this, nothing has changed, and cotton and yarn prices are still going up. The Tamil Nadu textile sector is affected greatly by this precarious scenario. Due to unsustainable demands on their working capital and a mismatch between the agreed-upon supply price to the buyer and production costs, a significant number of spinning, weaving, and garment units threaten closure. 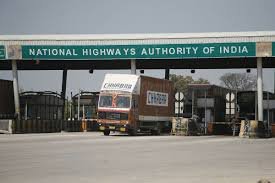 Highway ranking system to be introduced by NHAI