Tamil Nadu’s textile industry has welcomed the State Government’s decision to remove 1 per cent AMC cess on cotton and cotton waste and called it a path-breaking and historical policy initiative.

State’s textile industry and the farmers have been demanding for the same from the Government since 1980s.

The Chief Minister of Tamil Nadu has finally announced the decision of the Government to remove the same. This would immediately benefit 2 lakh cotton farmers as well as the state’s textile industry.

Though due to this, there is a revenue implication of around Rs.30 to Rs.35 crore annually, the State’s revenue, by way of SGST, would increase by several folds because of additional growth and also depot sales facilities in the state.

Tamil Nadu Agricultural Market Committee started levying 0.5 per cent cess on cotton and cotton waste since 1959 and the same was increased to 1 per cent from 1987.

The cess has to be paid on every sale of cotton produced out of Tamil Nadu, any rejected bales sourced from other states and also on cotton waste, a bi-product  generated while producing  yarn in the spinning mills.

Notably, it is the only state in India which had cess on cotton waste.

Tamil Nadu produces only around 5 to 6 lakh bales of cotton while it consumes 110 to 120 lakh bales (170 kg per bale) per year. At the same time, it was sourcing the remaining cotton from other states and also other countries by spending huge transportation amount ranging from Rs. 2 to Rs. 6 per kg.

The state already has several other cost disadvantages and also faces competition from other cotton-producing states that offer huge incentives, had to incur additional costs due to the levy of AMC cess.

They have stated that the State has envisaged to increase cotton production from 5 lakh bales to 25 lakh bales by 2030.  This would encourage farmers to switch over to cotton crop from other cash crops and is likely to benefit 10 lakh farmers in the long run.

They said that this step would attract several private cotton traders and Cotton Corporation of India (CCI) to open depots in Tamil Nadu and sell the cotton on a daily basis to the SSI spinning mills.  They have further stated that this would considerably reduce the working capital requirements and also the cost, time and transportation. 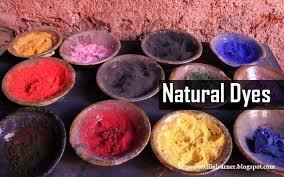 FIEO asks finance ministry to relook at ‘harsh’ provision in Budget for exporters.