Tamijuddin Textile Mills, which returned to the bourse’s main market two months ago, has chosen to invest Tk 500 million in balancing, modernisation, rehabilitation, and expansion (BMRE).
Tamijuddin Textile returned to the Dhaka Stock Exchange’s main market on June 13 this year, along with three other firms, after spending more than a decade on the over-the-counter (OTC) market owing to poor performance.
“The fund investment would be financed by its own stock and a bank loan,” the firm stated in a statement with the Dhaka Stock Exchange (DSE) on Wednesday.
Tamijuddin Textile’s share price soared nearly 6.0 per cent to close at Tk 87.20 on Wednesday. The company expects that after execution of the BMRE a significant value addition will come in terms of company’s profitability, yarn quality, production capacity and efficiency. Its share price had jumped more than 560 per cent or Tk 74 each within 10 weeks since it got back to the bourse’s main market.
Tamijuddin Textile has reported earnings per share (EPS) of Tk 0.30 for January-March 2021 quarter as against Tk0.11 for Jan-March 2020. The company was trading in the “Z” category and the status would continue until the next annual general meeting (AGM) Thereafter, the categorisation will be determined as per relevant provisions. Its sponsor-directors own 56.22 per cent stakes in the company while the general public own 43.78 per cent.
image source: https://www.tamijuddintextile.com/ 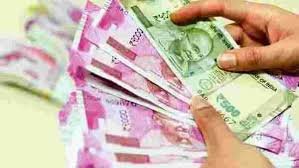 Classic, premium, sustainable: why debut Scottish suppliers were a hit at Intertextile