Bangladesh is the major supplier of sweater products to the world and export approximately $5 billion annually. Bangladesh over the last 30 years has grown into a sweater hub with many entrepreneurs invested heavily in sweater industries. But the well-established readymade garments segment is greatly affected due to coronavirus outbreak worldwide.

The lockdown in China had slowed down the import process of raw materials into Bangladesh.

“And now with the spread of the virus globally Bangladesh sweater exporters are in a dilemma as from November till February which is an offseason period for the sweater factories and usually, we run and export below 50 percent capacity of our installed capacity,” he said.

However, peak seasons which start from March till October changes that trend completely as during this period our factories are running on 100 percent capacities with many factories engaging 2 or 3 shifts or even subcontracting from authorized and approved factories.

“But Just as we were approaching our peak season with huge orders booked till June and July, then suddenly this virus stopped the entire world where our sweaters are exported,” Rubel also said.

“Due to the global shutdown some buyers are asking us to keep the goods on hold and some are even canceling orders, which were placed earlier,” said another sweater exporter.

Further, March and April are the time when we receive orders for July to October months. But in the current global situation, no buyers are even placing new orders or commitments to place orders.

It is predictable that at present situation sweater orders may be completely wiped and many sweater factories will be out of production for the entire peak season.

The result of which will be a calamitic collapse of hundreds of sweater factories in Bangladesh and tens of thousands of workers will lose their jobs.

Talking to Textile Today, sweater manufacturers and trade analysts have opined that technological upgradation has contributed a lot to increase the export earnings, while extended winter expedites the growth.

According to the BKMEA leader almost all sweater factories have installed the automated machine.

The sweater industries need to be incubated immediately by the government through favorable policies for at least the next 6 months so that it can come out of this imminent crisis, sector leaders opined.

“After this cataclysmic event is over. Most of the sweater manufacturers can come back strongly and continue their contribution to nation-building by increasing exports in the coming years,” Mostafa Sobhan Rubel concluded. 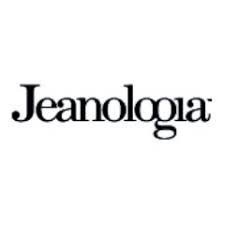