The Federation of Indian Art Silk Weaving Industry (FIASWI) has requested the ministry of textiles to expedite financial assistance to weaving units in Surat under the Technological Upgradation Fund Scheme (TUFS). The subsidy under the scheme has been reduced from 30 per cent to 10 per cent, which should be restored to 30%, according to FISWI chairman Bharat Gandhi. Over 1,500 such applications are pending and delay in release of funds under TUFS is hampering expansion plans of these units, which can generate thousands of jobs, he told a leading Indian business daily.

Around 22,000 weaving units in Surat and its neighbourhood with more than 4.5 lakh power looms are employing more than 2.5 lakh people. Most of these units are micro, small and medium enterprises (MSMEs) and are facing issues related to the TUFS scheme. FIASWI also raised concern over high rejection rates of applications under TUFS on account of not-so-genuine reasons like not mentioning the machine number in the invoice without giving an opportunity to rectify. High-end embroidery machines are removed under the scheme and, as a result, several applications automatically became ineligible. 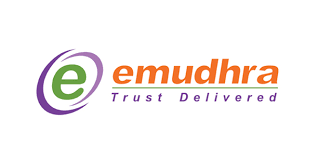