States should scrap APMCs and move on to eNAM: FM. The Centre is in talks with several States to dismantle the Agricultural Produce Market Committees (APMCs) and move on to eNAM, Finance Minister Nirmala Sitharaman said on Tuesday. eNAM (National Agriculture Market) is a pan-India online trading platform for agricultural commodities.

“I want to place emphasis on eNAM. It is being pushed by the Centre and many States have agreed to join it. We are trying to get the States to scrap APMC, which has not been found to be efficient in helping farmers get better prices for their produce,” Sitharaman said at the 6th World Congress on Rural and Agricultural Finance, organised by Asia Pacific Rural and Agricultural Credit Association (APRACA) and NABARD.

Agricultural Produce Market Committee (APMC) is basically a marketing board established by a State governments to ensure farm to retail price spread does not reach excessively high levels and farmers are safeguarded from exploitation by large retailers.

Sitharaman said that the current government and the earlier one (during 2014-19) at the Centre had put rural development and farmer concerns on a larger landscape of food security, national security and farmer conditions.

“We are using technology to directly reach the farmers’ accounts instead of having middleman. DBT and Aadhar helped remove a lot of pilferage and the government is able to save that amount which could have otherwise gone to unknown entities,” she said.

The Finance Minister said the Centre was closely attuned to the farmers, big and small, so that they can participate in the renewable energy programme of the government. “We are looking at farmers not only as annadaata but also as urjadaata,” she said. She also stressed the need to take up water management and water related stress points.

Sitharaman said she had requested Nabard Chairman Harsh Kumar Bhanwalla to accompany her to Jammu & Kashmir for extending support for other agri products such as saffron, peaches and walnuts on the lines done for apple.

Recently, the government had procured apples in J&K through Nafed and ensured that not a single farmer was left with his produce unsold.

Sitharaman also said that the government is keen to promote activities around solar energy in Ladakh. 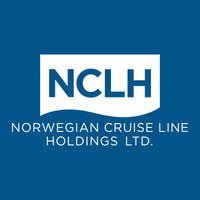