Sri Lanka will push for discussions with the European Commission to resolve issues pertaining to the country of origin criteria under the generalised scheme of preferences plus (GSP+) so that exporters can reap the maximum benefit. It has submitted a joint request with Indonesia to the Commission for cross regional cumulation for raw material origin from Indonesia.

“A high-level discussion with the EU Commission to get approval for this joint request of Sri Lanka and Indonesia on regional cumulation for apparel products is an important matter that will be attended to in the near future,” Sri Lankan department of commerce acting director general Ananda Dharmapriya said recently.

He was addressing a webinar titled ‘GSP+ for Enhanced Market Access’ organised by the International Trade Centre (ITC) in collaboration with the department of commerce.
He also said that they expected to make a formal submission to the EU Commission to source fabric from Vietnam, in the backdrop of its recently-inked free trade agreement (FTA) with the European Union (EU), according to Sri Lankan media reports.

Although there has been a gradual increase in exports to the EU after regaining GSP+ from 2017, the utilisation of EU GSP+ by Sri Lanka was only 62 per cent in 2019.

Despite the fact that GSP+ has generally been observed as a positive co-relation, with over 7,000 product lines eligible for duty-free under the GSP+, Sri Lankan exporters are concentrating only on a few sectors due to the cost of compliance included in country of origin criteria.

He pointed out that rules of origin were the key reason and it had nothing to do with awareness.

As a result of the COVID-19 pandemic, total apparel exports in the first nine months dropped by 21.97 per cent to $3.1 billion compared to the same period last year, when exports to the EU also fell by 21.36 per cent to $1.3 billion.

“The main reason for the underutilization is due to the issue with Country of Origin criteria faced particularly by the apparel exporters. Utilisation of EU GSP+ by the apparel sector is only 52 per cent as Sri Lanka’s apparel are made of fabric imports from outside the South Asian Association for Regional Cooperation (SAARC) and the EU region which are not eligible for EU GSP+ concession,” he added. 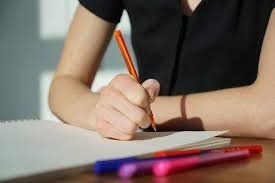