To commemorate Zero Emissions Day, Finland’s Climate Leadership Coalition (CLC) launched the world’s first Carbon Handprint Recognition. One of the two awards went to Spinnova for its textile fibre invention, which saves up to 65 percent of CO2 emissions when compared to cotton.
For the first time, the Climate Leadership Coalition recognised “the most climate beneficial product” as part of the Zero Emissions Day, which began in 2017. The textile fibre created by Spinnova to, for example, replace cotton use in textile products received the innovation recognition for its high potential in terms of carbon impact.
Climate Leadership Coalition has given out “The most climate positive product” recognition for the first time, as part of the Zero emissions day started in 2017. Recognition for great potential in carbon footprint was given to the textile fibre that Spinnova has developed to replace cotton use in textile products. The Zero emission day’s mission is to give the planet a day off from fossil emissions and add awareness of the drawbacks of carbon emissions.
Climate Leadership Coalition (CLC) is Europe’s largest non-profit climate business network. CLC members believe that the societal transformation towards a sustainable economy and consumption is not only possible, but also financially profitable. The most climate positive carbon handprint product was Neste’s NesteMY Renewable DieselTM that helps reduce motoring emissions by as much as 90% compared to fossil fuels. 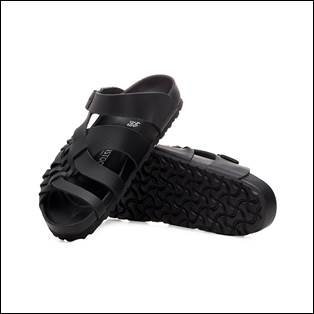