Preservation and rational use of agricultural by-products/residues assumes increased significance in modern times not only due to environmental issues but also as an answer to sustainability of agro-economies of the world. Use of cellulose fibres has many advantages: viz. environmentally friendly, recyclable and low in cost.  It is reported that in the year 2008, the annual global production of lingo-cellulosic fibre mass generated from all the sources was about 4 billion ton, of which 60% came from agriculture and 40% from the forest (Justin-Smith et. al. 2008).

Banana is one of the most important fruit crops grown in almost every state of India. India has the largest area under banana crop in the world (8 lakh ha) and is also the largest producer. Apart from fruit, it generates huge quantity of bio-mass in the form of pseudostem, leaves, suckers, etc. On an average about 60 to 80 tonnes of pseudostem is produced per hector. At present, banana pseudostem is absolute waste and does not find any commercial applications.

CIRCOT has been working on extraction of textile grade fibres from pseudostem and utilization of its other bio-waste for the last 15 years. In order to develop value added products from banana pseudostem on large scale, National Agricultural Innovation Project (NAIP) has sanctioned a sub-project under Component II entitled “A Value Chain on Utilisation of Banana Pseudostem for Fibre and Other Value Added Products”. The project is under operation since June 2008 in consortium mode with Navsari Agricultural University (NAU), Navsari, Gujarat, as lead centre. CIRCOT has been an important partner in the project with the objective of standardization of processes for extraction of textile grade fibres from pseudostem and convert it into yarn which can be used on handlooms and powerlooms.

In some cottage industries, fibres are extracted from pseudostem for preparations of handicrafts.  The fibre extraction is being done mostly by hand where the fibre output is about 0.25kg/day/man, i.e., in a shift of about eight hours. In order to mechanize the fibre extraction, research was carried out at Central Institute for Research on Cotton Technology (CIRCOT), Mumbai and modified fibre extraction machine “Raspador” was developed.  After initial experiments some refinement and modifications were carried out in Raspador machine as well as procedure for extraction. These modifications improved the productivity of machine to 20-25 kg/day.

After harvesting of banana bunches, the pseudo-stems are cut and usually abandoned, or are left in the soil to become organic waste. However, this causes environmental pollution.  In some parts of India, there have been attempt to utilise banana pseudostem for fibre extraction. Hand extracted banana pseudostem fibres in these areas are being used by cottage industry for the preparation of handicrafts. But the total utilisation of these fibres is at the most of the order of tens of tonnes per annum. The handicraft articles produced are sold in niche market usually for foreign tourists.

It is estimated that possible availability of banana fibre is around five lakh tonnes per annum if the entire pseudostem in the country is used for fibre extraction. .This indicates that industrial utilization of banana fibres is a possibility and can boost the economy of banana planters.

Studies conducted at CIRCOT and NAU show that these fibres can be spun into yarn of about 600 tex (1s cotton count) on jute spinning system, though with difficulty. The quality of yarn produced is also not good. Though it has good strength – about 10 to 12 g/tex tenacity with more than 3% breaking extension – it is highly non-uniform and hairy.

Recently, attempt has been made at CIRCOT to develop a charkha to spin banana fibres at cottage level. This is peddle driven device, viz. CIRCOT-Phoenix Charkha (applied for patent), which can be installed at every peasant household and produce good quality yarns from banana pseudostem fibres utilising their free time.

CIRCOT-Phoenix Charkha is a pedal driven machine. The paddling action by the operator puts a flywheel in rotation. There are two pulleys coaxially coupled to the flywheel and these pulleys drive a bobbin and a flyer simultaneously. The difference in diameter between pulleys creates a difference in RPM between rotation of the bobbin and rotation of the flyer. When banana pseudostem fibres are fed into the charkha with help of a pair of rollers pressed against each other, the fibres are guided for spinning action with the help of a rotating flyer. While appropriate choice of the ratio of the diameters of pulleys decide the twist per inch (TPI) of the yarn, the fineness of the yarn is controlled by the operator by adjusting the rate of feeding of fibres into the charkha.

Yarn produced on CIRCOT-Phoenix Charkha is finer and more uniform compared to that obtained on jute spinning system. The trial done at Navsari Agricultural University, Navsari, Gujarat showed that CIRCOT-Phoenix Charkha can produce yarn having fineness better than 3 Ne and with improved operator skills, the fineness can be improved further. The breaking tenacity of the yarn varied between 9 to 14 g/tex depending on the fineness of the yarn. Breaking extension was 2.6-2.9%. Coefficient variation in linear density was around 10%.

CIRCOT-Phoenix Charkha is designed mainly for use in a village setting where availability of technical expertise is almost non-existent. The device is very simple in design and can be maintained by farmer himself with spare parts available in his nearby town. It is expected that one person can produce about 1 Kg of yarn per day and based on current market price, can earn around Rs. 150, thereby adding to the family income. Cottage industries set up at village level can add value to the yarn produced. Considering the fact that the banana pseudostem fibre is otherwise a waste without any economic value, the CIRCOT-Phoenix Charkha will be of great help to banana farmers. 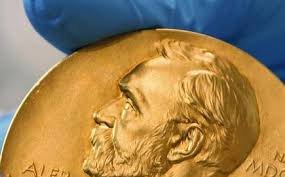 VENTURE EAST EXITS FROM SECLORE WITH 17.5X RETURN ON ITS SEED ROUND