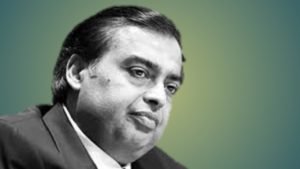 Reliance Industries Chairman Mukesh Ambani has expressed confidence that a string of reforms introduced by the government in the last few months will soon boost the Indian economy.

“The current slowdown is temporary,” Ambani said at the opening plenary of the third edition of Future Investment Initiative (FII) in Riyadh on Tuesday.

The RIL chairman is among top global business leaders attending FII being organised by Saudi Arabia’s Crown Prince Mohammed Bin Salman as part of his attempts to diversify the West Asian country’s economy. “The world is transiting with the introduction of new technologies — they are transforming global economy, and while they bring uncertainty, they also bring opportunity,” Ambani said.