On Sunday, Chief Minister K Chandrashekhar Rao will visit the Rajanna-Sircilla area. During his visit, the Chief Minister is anticipated to take part in a variety of programmes.
Sircilla, also known as ‘Uricilla,’ was a location where weavers committed suicide in the past owing to financial difficulties. However, a succession of initiatives launched by the TRS administration following the creation of the state saw Sircilla undergo a dramatic metamorphosis, bringing smiles to the people’s faces. The welfare and development initiatives in Sircilla provided significant help to the population, particularly the weavers who are now free from the debt trap.
The state government prioritised weavers’ welfare and issued a Rs.2,500 crore order for sarees to be distributed throughout the Bhathukamma, Christmas, and Ramzan festivals. With this purchase, each weaver would get a monthly payment of about Rs.16,000, covering up to 15,000 weavers. The construction of an Apparel Park on 60 acres in Pedduru village, Sircilla, at a cost of Rs.174 crore, is underway at a brisk pace.
Extending Rythu Bima to farmers, constructing irrigation projects, allocating 2BHK houses to beneficiaries, undertaking various works under Mission Kakatiya and Mission Bhageeratha, distributing KCR kits and Palle Pragathi, and other activities were undertaken for the benefit of the people of Sircilla.
Image Source: Telangana Today 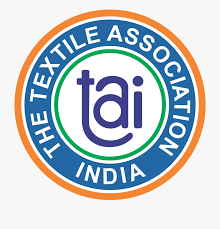