The Union Government has been periodically taking series of policy initiatives to mitigate the unforeseen ill-effects and economic crisis posed by the Covid pandemic and make India as the fastest growing economy and convert the challenges into opportunities by enhancing the global competitiveness of the Indian textile industry and create a record in exports.

In a press release issued here today, Mr Ravi Sam, Chairman, The Southern India Mills Association has thanked the Hon’ble Prime Minister, Shri Narendra Modi, Hon’ble Minister of Finance Smt Nirmala Sitharaman and Hon’ble Minister of Textiles, Shri Piyush Goyal for removing the antidumping duty on elastomeric filament yarn.  He has said that the usage of elastomeric filament yarn in the dress materials including denim enhances the value addition considerably and throws opportunities to increase the exports.  He said that the ADD removal would create a level playing field for the Indian textile industry in the international market and also would enable to import high quality elastomeric filament yarns that are not manufactured in India at a competitive rate.

SIMA Chairman has said that the NDA Government led by Shri Narendra Modi has been bringing several historical reforms apart from taking various bold and proactive policy initiatives to make Atamanirbhar Bharat a reality and make India as the highly competitive manufacturer in the globe.  He has said that the Government had already removed the antidumping duty on most of the man made fibres and their raw materials including PTA, MEG, PSF, VSF, acrylic fibres and now the elastomeric filament yarn.  Mr Ravi Sam has welcomed the decision of CESTAT for endorsing the decision of DGTR and rejecting the proposal of considering the levy of ADD on the viscose staple fibres.  Mr Ravi Sam has stated that all these proactive and bold initiatives would make the recently announced production linked incentive scheme a successful scheme, attract huge investments and make India to achieve an exponential growth rate in the MMF textile value chain.

Mr Ravi Sam has welcomed the timely decision of reducing the excise duty on petrol by Rs.8 per litre and on diesel by Rs.6 per litre that would bring down the petrol price by Rs.9.50 and diesel by Rs.7 per litre.  He has said that this would greatly help the textiles and clothing industry to reduce the transport cost as the different manufacturing segments in the value chain are scattered across the nation.  He has added that the textile industry has already been facing a grave crisis owing to the skyrocketing of cotton prices and thanked the Government for removing the 11% import duty on cotton and now the central excise reduction of fuel would reduce the transportation cost of the cotton to a certain extent as States like Tamil Nadu source more than 95% of the raw material from upcountry.

SIMA Chief has thanked the Government for cutting the customs duty on plastic product raw materials and their intermediaries, calibrating reduction in customs duty on raw materials and intermediaries for iron and steel and also the reduction of import duty on some raw materials of steel.  He has said that this would help the textile machinery, spares and accessory manufacturers to reduce the price that would benefit the textiles and clothing industry, the second largest employment provider in the country, next only to agriculture. 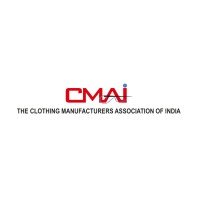 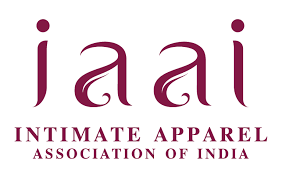