Shanghai offers cash incentives of up to $8.5 million to lure financial institutions 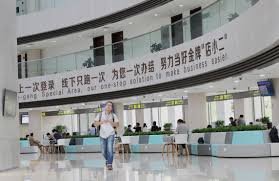 Shanghai is offering cash subsidies of up to $8.46 million to financial institutions that set up branches in the new part of its expanded free-trade zone, Lingang, as the city strives to create a buzzing free-market hub to rival Hong Kong, said the South China Morning Post.

The municipality announced on Friday that banks, insurers, brokerages, fund managers, trust firms and financial leasing companies would receive up to RMB 60 million ($8.46 million) worth of subsidies to buy office properties in Lingang.

Financial firms renting offices for their Lingang operations will be granted subsidies that cover their first three years of rent.

“We think preferential policies are needed to promptly attract a group of financial institutions to land in Lingang,” said Wu Wei, a deputy director of the Lingang FTZ administration commission. “We hope financial institutions will play a leading role in developing the zone and supporting business activities.” Synthetics Out in Favour of Natural Fibres for Sustainability