India’s largest apparel exporter, Shahi Exports is closing its unit at Chhindwara (Madhya Pradesh).
Recently, the workers agitated against the factory and blamed the company for closing the unit without following proper procedures.
Manju Rahangdale, leader of workers, claimed that if the unit closed, around 200 workers of the unit will lose their jobs. The unit has majority of women workers.
The factory has not been operational since last 1 month. Rupesh Gite, Manager of the factory, accepted that unit is not viable. The issue has been continuing for last 15 days.
It is being said that factory offered jobs to workers at its units in other states, but women workers found this offer to be completely unviable.
Local administration is also active to resolve the issue. As per Mahesh Agrawal, Tahsildar (Executive Magistrate), Chhindwara Administration is coordinating between management and workers. Sandeep Mishra, Labour officer also told local media that factory management has not replied to the notice of the labour department and has not come forward for discussion.
Now Labour Commissioner Office, Indore will decide the matter.
A meeting on Monday in the labour office could not offer any solution as factory management doesn’t wish to continue this unit.
Sources told Apparel Resources that management has been planning to close this unit since last 4 years. And now as per new rules, any unit, having less than 300 workers, can be closed with the prior permission of the State Government; management does not seem to be in any mood to continue working here. 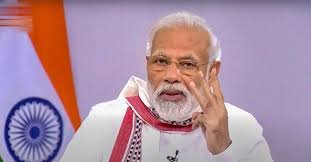