Service sector growth picks up pace in Feb, PMI at 52.5. 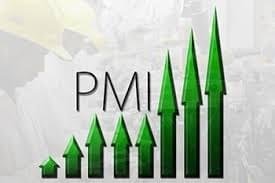 The Nikkei India Services Business Activity Index rose to 52.5 in February from 52.2 in January, staying above the 50 mark separating growth from contraction.

Business activity growth in India’s service sector gathered pace in February, with a quicker expansion in new work supporting a faster increase in output and solid job creation, a private survey showed on Tuesday. The Nikkei India Services Business Activity Index rose to 52.5 in February from 52.2 in January, staying above the 50 marks separating growth from contraction. Business sentiment among service providers strengthened in February on the back of expectations of further improvements in domestic demand, advertising efforts and the offering of new services. However, one area of weakness was international trade, with exports down from January, according to the survey.A sister survey last week had shown manufacturing activity in India improving at a 14-month high in February. Put together, the Nikkei India Composite PMI Output Index rose from 53.6 in January to 53.8 in February. “Indian economic growth strengthened halfway through the final quarter of FY18 to the second- fastest since last July,” said Pollyanna De Lima, principal economist at IHS Markit and author of the report. De Lima said these results confirmed a growing performance mismatch between manufacturing and services. EU-BAT Compliance Confirmed for all Sateri Viscose Fibre Mills; Achievement Ahead of Schedule We360.ai raises $500k in Seed funding from GSF Accelerator, Hem Angels and others