IKEA, the Swedish furniture and home furnishing giant, has infused Rs. 600 crore in its India entity.

Following the first infusion of Rs.850 crore this year, to fund the omnichannel expansion strategy, this is the second infusion by IKEA in 2022.

The step comesat a time when IKEA is expanding its stores in India.

The company said in a statement, “IKEA is committed to India and India is identified as a future growth market for the Ingka Group. The fund infusion received is part of the Rs. 10,500 crore announced initially. This new infusion will support our omnichannel expansion plans in India to enable us to reach many more people in India for their life at home needs with our affordable and sustainable products.”

IKEA recently got its first offline store in Bengaluru and it also has plans for two malls that are anchored by its stores — in Gurugram and Noida.

Ingka Group has also announced that it would invest Rs. 7,500 crore to develop NCR’s two Ingka Centres, large retail destinations that would house other brands and retailers apart from IKEA. 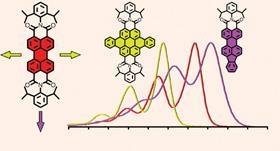