Screen Print Uzbek 2020 dates announced Second edition to be held at Tashkent, Uzbekistan from May 27-29, 2020 Vibgyor Exposition, Mumbai, has announced the second edition of their exhibition, Screen Print Uzbek 2020 and the concurrent events, Garmentech Uzbek 2020 and Fabric Show Uzbek 2020. These exhibitions will be held on May 27-29, 2020 at Kurgazma Savdo Markazi in Tashkent, Republic of Uzbekistan, an unexplored market strategically located in the West Central Asia.

Devang Sheth, Director, Vibgyor Exposition, shared, “The addition of Fabric Show Uzbek 2020 as a concurrent event is a very positive development as it widens the scope and expands opportunities to cover a greater number of categories. During the interaction with the Uzbek industry experts, we discovered that the Uzbekistan printing market has a positive attitude towards adopting newer technologies and techniques in printing – be it screen, digital, textile, sublimation, packaging, etc. The printing industry there keeps on updating technology and knowledge to build capacities and capabilities to undertake any type of printing services. Considering the needs of the Uzbekistan printing industry and garment printing/ textile industry, Screen Print Uzbekistan 2020 will be organized by us for the second consecutive year.”

“Besides Indian manufacturers and suppliers, we are also approaching many international manufacturers and suppliers to participate in this exhibition.  Vibgyor Exposition will make all efforts to make this event a grand success,” Devang emphasised. According to him, print service providers and print buyers in Uzbekistan and neighbouring countries will have a great opportunity to explore products and services in the field of Textile, Digital, Sublimation Printing and graphics/ signage printing and also garment and apparel machinery.”

Uzbekistan, a country with 447,400 square kilometers area and around 33 million population, is a landlocked country in Central Asia. With a rich culture and heritage, the country also renowned for its trading history since it was one of the most important business hubs of the great silk route which connected China with Europe and the Middle East. The region also has a long track record of producing world class cotton. It is the sixth largest cotton producer in the world. Cotton production in Uzbekistan is important to the national economy of the country.

The Uzbek government has announced plans to reduce the export of raw cotton and increase the processing in the domestic market as local value addition. The capacity of yearly cotton production is 1.4 million tons, of them about 60 percent is used to meet the demand of domestic textile companies. However, in 2017-18, Uzbek produced 0.838 million ton cotton, according to a Statista report.

One of the policy priorities of Uzbekistan is further development of its textile industry. Currently, about 7,000 various types of enterprises are involved in textile-related industries in Uzbekistan.

Uzbekistan exports its textile products to more than 55 countries. The main export markets are the CIS countries, primarily Russia, as well as the countries of European Union, Latin America, Korea, China, Bangladesh, India, Singapore, Iran, Israel, the United States, etc. In 2018, some new markets were developed like Pakistan, Georgia, Croatia, Nigeria and a number of other countries.

The Uzbek economy is in a gradual transition to the market economy.  Since 1995, as the cumulative effect of policy reforms began to be felt, its economy has shown robust growth. The Gross Domestic Product (GDP) in Uzbekistan expanded 5.2% year-on-year in the first nine months of 2018. GDP Annual Growth Rate in Uzbekistan averaged 7.72% from 2006 until 2018. Uzbekistan is predicted to be one of the fastest-growing economies in the world (top 26) in future decades, according to a survey conducted by HSBC.

Thanks to the comprehensive assistance and support of the private sector, the business climate in the country is constantly improving, and freedom of entrepreneurship is being strengthened. All this was reflected in the increase in the number of new small enterprises and their specialization. It is no secret that in the early years of independence, small business began with trade, and today business people are increasingly showing an interest in creating small manufacturing enterprises that are actively developing innovative technologies, manufacturing export-oriented and import-substituting products. Entrepreneurs of Uzbekistan are increasingly active in foreign markets, supplying high-quality textile, leather and footwear products, furniture and much more.

On the textile front, Uzbekistan is among the world’s leading cotton producers. The leading exports from Uzbekistan consist largely of extracted natural resources or raw materials such as cotton and manufactured goods such as machines, textiles, etc.

Uzbekistan supports the development of comprehensive and mutually beneficial relations with the countries of South Asia, in particular, with India, etc, in trade and economy, transport, communication, tourism and other spheres.

Vibgyor Exposition belongs to a Group of Companies, engaged in trade fairs and trade publications. The Group has been playing a pivotal role in the development of screen printing industry in India and other countries for the last 25 years. 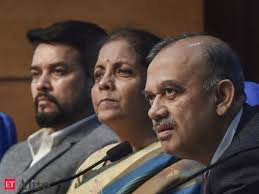