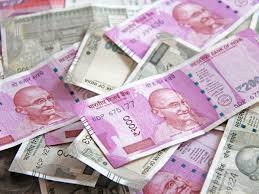 The government has surpassed its target under a scheme launched last year for settling pending disputes over service tax and central excise by collecting taxes of more than Rs. 38,000 crore, said people aware of the matter.

They said the finance ministry received around 189,000 applications under the Sabka Vishwas (Legacy Dispute Resolution) Scheme 2019, which kicked off in September last year and concluded on January 15.

“The government had set a target of 184,000 taxpayers with tax collection of over Rs. 35,000 crores. However, with the extension of the scheme (from the initial deadline of December 31), around 5,000 more applications were filed,” said an official, who did not wish to be identified. “The initial response to the scheme was tepid, but it subsequently picked up. We can safely say that it’s a successful scheme and the figures are more than our conservative estimates were.”

Finance minister Nirmala Sitharaman had unveiled the scheme in the budget for 2019-20, with an aim to assist taxpayers in clearing the baggage of disputes under legacy taxes (service tax and central excise), which are subsumed in the goods and services tax (GST).

State-run and private companies that settled their cases under the scheme include the State Bank of India (SBI), Kellogg’s, GTL Infrastructure, and Maharashtra’s City and Industrial Development Corporation (CIDCO), according to the people cited earlier. All these companies were covered by Mumbai CGST.

Mumbai’s central GST unit alone received more than 10% of the total applications. Of the 20,450 applications it received, 6,650 were litigation cases, 7,200 pertained to arrears, 4,700 were of voluntary disclosures and in nearly 1,900 cases, the audit was required.

“Mumbai managed to collect Rs. 7,700 crore in taxes. Of this, Rs. 5,500 crore was the adjustment of pre-deposits and Rs. 2,200 crore was the fresh amount paid,” said a senior official in the know of the matter.

In the case of Kellogg’s, the American food company was classifying its product Chocos under chapter 19 of the Central Excise Tariff with a lower rate of duty, whereas the Central Excise Department contended that it contained chocolate beyond a threshold percentage. “Given this it is more appropriately classified under chapter 18 of the tariff, with a higher rate of duty. The dispute was pending before the tribunal. Kellogg’s settled the dispute by opting for the scheme and paying Rs. 35 crore to the government,” said the third official.

In the case of GTL, an official said, Section 66E (e) of Finance Act, 1994 stipulates that agreeing to the obligation to refrain from an act, or to tolerate an act or a situation, or to do an act is a ‘declared service’ and it is taxable.

“Collection of damages or any amount by a company from the client company for any shortfall of supply/contract is a declared service. Aircel did not honor the contract with GTL for hiring a certain number of telecom towers and consequently had to pay a certain amount to GTL, which settled its service tax liability on such amount by opting for the scheme and paying Rs. 55 crore,” said the official. Recently, confectionery firm Mondelez India (formerly Cadbury India) paid Rs. 439 crores under the scheme to settle a Rs. 580-crore tax dispute that was pending. SUPER JUNIORZ -The GREATEST show for the GREATEST section of India’s Population is the latest industry buzz! New budget to be continuation of 4-5 ‘Mini Budgets’ presented in 2020, says PM Modi.