As Russia attacks Ukraine, authorities in Moscow are intensifying a censorship campaign at home by squeezing some of the world’s biggest tech companies.

On February 16, Russian authorities warned Google, Meta, Apple, Twitter, TikTok and others that they had until the end of this month to comply with a new law that requires them to set up legal entities in the country. The so-called landing law makes the companies and their employees more vulnerable to Russia’s legal system and the demands of government censors, legal experts and civil society groups said.

The moves are part of a Russian pressure campaign against foreign technology companies. Using the prospect of fines, arrests and the blocking or slowing down of internet services, authorities are pushing the companies to censor unfavourable material online while keeping pro-Kremlin media unfiltered. EXPORTS RISE AS TRADE DEFICIT SOARS TO US$ 27.98 BILLION 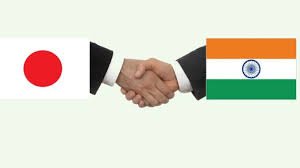