The Rupee has been spooked by a combination of global and domestic factors. It has depreciated nearly 3.5% in a matter of a few sessions to hit a eight month low. On the domestic front, policy flip flops pertaining to issue of sovereign foreign currency bond and super rich surcharge for FPIs induced uncertainty. It resulted in outflows from domestic equity markets. On the global front, escalation in trade war between US and China dampened risk sentiment and outlook for global growth. This resulted in unwinding of carry trades and flight of capital from riskier EM assets to safe havens such as US treasuries and Gold. The PBoC responded to fresh tariffs by letting the Yuan depreciate. USD/CNY broke the psychological 7 level. The Rupee and other EM currencies have closely tracked the Yuan. The reaction function of the RBI seems to indicate that it is not too perturbed letting the Rupee depreciate in a calibrated manner in REER terms.The 36 country REER has corrected to 115 from 120. For quite some time CNY/INR traded in the 9.95-10.05 band and now the Rupee has depreciated beyond the 10.10 mark against the Yuan. In a way, a more competitive Rupee would help reinvigorate exports and also domestic manufacturing by reducing the import of cheap substitutes. The adjustment in Rupee is therefore welcome.

There are serious growth concerns on the domestic front. The monetary policy is on full throttle. The RBI has cut repo rate and has ensured abundant liquidity in the banking system. The challenge however on the monetary policy front has been transmission. The RBI and the government have announced measures to ensure that banks pass on liquidity to NBFCs and end customers but given the deep rooted confidence crisis, more needs to be done. Banks are competing with small savings scheme offered by government for deposits. As long as banks cannot mobilize deposits too at benchmark linked rates, transmission would be impeded. The fiscal headroom to stimulate the economy seems limited given the uncertainty around tax collections. The combined deficit of center, state, quasi sovereign entities is alarmingly high. However, the government can divert expenditure to more productive purposes (capex rather than revenue expenditure) and can initiate non fiscal reforms to revive the economy. We saw glimpses of it in the FM’s recent press conference where sops for the struggling auto and housing sectors were announced. Front loading recapitalization of banks is also a step in the right direction A revival in monsoon will hopefully improve rural incomes and give a fillip to rural demand. This would go a long way in bridging the negative output gap and kick starting private capex.

On the global front the outlook appears even more gloomy. Economies in Eurozone are struggling to find any kind of growth momentum. Germany is technically on the cusp of a recession. The German government recently said it would consider imparting fiscal stimulus if needed. All the major central banks have turned dovish and have highlighted risks to global growth due to the ongoing US-China trade war. The ECB is considering cutting rates and recommencing asset purchases. The Fed delivered its first rate cut in a decade and has ended quantitative tightening. USD 16.5Tn worth of bonds globally are offering negative yields. Yield curves are flat indicating no inflation expectations. US and UK yield curves had even inverted for a brief while. Given the latest developments, the US-China trade warlooks like taking a turn for the worse. If trade talks break down, the PBoC may allow further adjustment of the Yuan. The Rupee and other EM currencies are likely to closely follow the Yuan. 72.90 is a crucial resistance for the USD/INR pair, break of which could catapult it to a new all time high.

One needs to closely track the developments surrounding Brexitonce the UK parliament reconvenes on 3rd September. A no deal Brexit could further dampen business and investment sentiment globally and could potentially act as a tipping point for the next major global crisis. 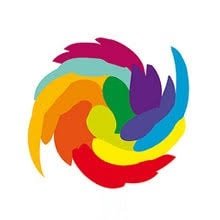 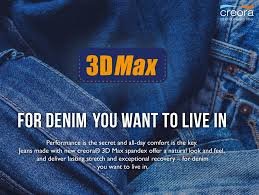