RoSCTL expansion is welcomed by garment and cosmetics exporters The extension of the Rebate of State and Central Taxes and Levies on export of garments and made-ups with effect from January 1, 2021, according to A. Sakthivel, chairman of the Apparel Export Promotion Council and president of the Federation of Indian Export Organizations, is a step by the Union government toward achieving the Union government’s vision of $400 billion in merchandise exports.
During a recent meeting with the heads of Indian missions overseas and major stakeholders in the trade and commerce sector, including AEPC, Prime Minister Narendra Modi set an aspirational aim of $400 billion in goods exports for the current fiscal year.
The extension of RoSCTL till 31 March 2024 was approved by the Union Cabinet on July 14, 2021. The scheme would ensure refund of embedded taxes, cesses and duties. It would help increase exports of textiles and apparels, attract additional investment and provide direct and indirect jobs to lakhs of people, especially women. 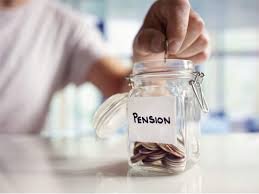