Around 42 per cent, or 1.4 million apparel workers in Bangladesh, were deprived of government incentives to combat the economic fallout of the COVID-19 pandemic, according to Transparency International Bangladesh (TIB), which recently released findings of its report titled ‘RMG Sector in COVID-19 Crisis: Governance Challenges and Way Forward’.

Though the estimated salary and allowance of readymade garment workers in the period April-July was around Tk 12,692 crore, the incentive amount in the government package was Tk 9,188 crore, 27.6 per cent less than the requirement, it said.

Most incentives were given to the factory owners to deal with the business crisis. Eighty four per cent of of the incentives was paid to address business interests of the owners, TIB found.

There are also allegations that 21,000 workers in 64 factories, which took incentives, did not receive their salaries and allowances due to announcement of factory layoffs and dismissed workers, the report said.

The TIB report also mentioned no guidelines for sub-contract factories, which create uncertainty on the salaries and allowances of about 1.5 million workers of 3,000 factories.

Large factories got priority in receiving incentive funds. In some cases, large factory owners have been accused of using political influence and lobbying for getting incentives, it added.

On the data during March-November this year, TIB executive director Iftekharuzzaman said the sector was given 50 per cent of the financial support, although it contributes about 10 per cent to the national gross domestic product, according to bangla media reports.

According to the TIB data, most factories ensure wearing masks but do not have adequate hand washing facilities and hygiene has not been ensured in the canteen and toilet.

Moreover, most of the factory owners did not follow the instructions to start the factory with 30-50 per cent workers within the shifting system. ‘Policies of successive governments have sustained the industry’ 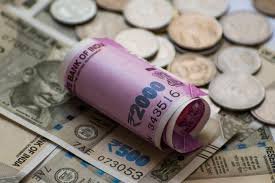