RIUC Industrie is committed to an environmental and social approach and is exclusively presenting a new sustainable and natural material: RIUC©. This material draws on 8 000 years of research and development and its ambition is to become the alternative to alternatives.

RIUC©: a material of the future, born from the circular economy

Sustainable by nature, RIUC© is a material produced from the recycling of organic fibres. A product of empiricism, furthered by science and technology, its strength and durability are unmatched by any other natural material.

The lightweight formula (as little as 0.77 milligrams per m2) and resistance of RIUC© are intrinsically linked to the biological complexity of the fibres from which it is composed. Initial results reveal that RIUC© boasts physical resistance properties that are higher than average, in comparison with other materials created from organic fibres.

Firmly anchored in the circular economy, the fabrication of RIUC© allows the recycling of many thousands of tons of organic waste each year. Although a zero ecological footprint is unattainable, RIUC Industrie is constantly improving and reducing its environmental impact. By managing this impact at all stages of production, significant reductions have already been made in consumption of water, resources and energy since the creation of RIUC©.

Research and development are at the heart of the company, and RIUC© Industrie strives to reconcile the economic, social and environmental demands of contemporary society with the specifications of ever-more demanding manufacturers. Keen to respect the Sustainable Development Goals of the UN’s 2030 Agenda, RIUC Industrie is continuing to invest in order to direct its know-how towards increasingly responsible innovation. But what if this material went by another name?

Sustainability, responsibility, innovation, adaptability – so many properties that are sometimes difficult to imagine in a single unique material. And yet, this is the case of RIUC©, which is nothing more than the anagram of leather in French (cuir).

A naturally responsible product, the French leather industry is involved in the oldest recycling activity in the world, as leather is made from a by-product of the agri-food industry. As a reminder, the leather and skin industry and the tanning sector upcycle in France some 160 000 tons of raw hides, the equivalent in weight to 20 Eiffel Towers.

Furthermore, leather should never be compared with any other so-called “alternative” material, the very term erroneously suggesting that this material could be replaced by another. A comparative study carried out by the German FILK Freiberg Institute on the physical properties of ten materials, namely leather and nine so-called alternatives, established the indisputable superiority of leather. This is because none of the alternative materials has the same qualities as leather in terms of use, longevity, permeability, water absorption and tensile strength, resistance to creasing and tearing. In addition, the study showed that most of the new materials are made from a substantial volume of synthetic oil-based materials.

Leather is an ancestral yet innovative material, encouraging creativity and innovation. To respond to the new expectations of society and new consumption styles – with increased popularity of vintage and second-hand items – the leather professions are constantly adapting and improving. From responsible production to transparency for consumers, the French leather industry has made Corporate Social Responsibility (CSR) its priority and has positioned itself at the vanguard of the circular economy.

So, while RIUC© is a fictional material, the properties and qualities of leather are very much real.

RIUC©: a digital campaign led by the French leather industry to demystify received ideas about leather.

Launched by the Conseil National du Cuir and the professional federations of the sector in October 2021, the goal of this campaign is to promote leather as a material and combat received ideas. The CNC joined forces with the Matter of Fact creative studio to come up with the RIUC concept and present it as a new material that boasts all the properties of leather, adopting the communication codes of many innovative and technological new materials. SED NOVE Studio designed and created the RIUC sample kits (see above), specially eco-designed to be used during a hands-on workshop to discover the material, entitled RIUC : Inside/Out and organised by the innovation studio.

« This new campaign echoes the awareness-raising work carried out for many years by the French Leather Industry. Between myths and realities, we are keen to promote this material that is a veritable gift from nature. In contrast to received ideas, the leather industry is a French flagship that represents 12 800 companies whose talents and know-how are internationally renowned. » 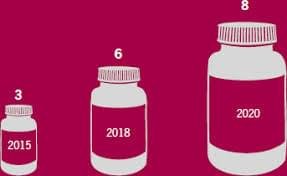 ITF initiates ‘India for SURE’ project.