First half of 2020 severely impacted by COVID-19

• Order intake of CHF 250.7 million down 34% on previous year
• Sales of CHF 254.9 million 39% below first half of 2019
• EBIT of CHF -55.0 million, before restructuring charges of CHF -46.9 million
• Implementation of COVID crisis management and restructuring
according to plan
• Stronger second half of 2020 expected
• Continuous implementation of the strategy
• Change in the Group Executive Committee

The COVID-19 pandemic led to a market situation where demand for the goods and services of all three business groups decreased significantly. The Business Group Machines & Systems is affected by the deferral by customers of investments and scheduled deliveries. At the same time, the demand for wear & tear and spare parts declined sharply, due to the suspension of production in many spinning mills around the world. This is reflected in the low order intake and sales of the Business Groups Components and After Sales. Hence, this exceptional market situation gave rise to losses in all three business groups in the first half of 2020.

Sales amounted to CHF 254.9 million (first half year 2019: CHF 416.1 million), which represents a decline of 39% compared to the previous year period. At Machines & Systems, sales decreased by 46%. This was due to the low order intake in the first three quarters of the previous year and deferred deliveries. Sales fell by 29% at Components and by 34% at After Sales.

EBIT, Net Profit, Free Cash Flow and Net Liquidity
The cost cutting measures already implemented contributed among other things to a reduction in Selling, General and Administrative (SG&A) expenses of around CHF 10 million. Nevertheless, due to the lower volume, Rieter recorded a loss of CHF -55.0 million (before restructuring charges: CHF -46.9 million) at the EBIT level and a loss of CHF 54.4 million at the net profit level. Due to the buildup of inventories for deliveries in the second half of the year and the loss already mentioned, free cash flow was CHF -95.4 million.
As of June 30, 2020, Rieter had net liquidity of CHF 36.0 million, liquid funds of CHF 253.5 million and undrawn credit lines in the mid three-digit million range. With the exception of Turkey, sales in all regions were marked by the COVID-19 pandemic. In India, sales declined to CHF 17.7 million due to the lockdown, a fall of 73% compared to the first half of 2019. In the Asian countries, China and North and South America, sales decreased by between 44% and 49% compared to the first half of 2019. In Africa, sales declined by 20%. Europe was slightly above the prior year level. With sales of CHF 51.1 million in the first half of 2020, Turkey showed a significant improvement on the previous year’s very low level (first half year 2019: CHF 24.5 million). This upswing was also associated with the innovations that Rieter presented at ITMA in Barcelona in June 2019. Rieter received the building permit for the CAMPUS project in June 2020. The com- pany plans to build a new Customer and Technology Center and an administration building on an area of 30 000 m2 at the current site in Winterthur − the Rieter CAMPUS.

The project is a key element of Rieter’s innovation strategy.Depending on the market situation, construction work will begin in the first half year of 2021.

Change in the Group Executive Committee

Carsten Liske, Head of the Business Group Machines & Systems and member of the Group Executive Committee since 2015, is to leave the Group Executive Committee in July 2021 to pursue a career opportunity outside the Rieter Group. The Board of Directors wishes to express its gratitude to Carsten Liske in advance for his many years of valuable service and his major contribution to the further development of Rieter. Details about succession arrangements shall be provided in due course.

Telephone Conference for Media and Investors

Presentation Material
The Semi-Annual Report 2020, media release as well as media- and investor presentation can be found at: https://www.rieter.com/media/media-kit/ 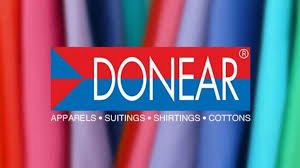 5 Looks You Need for A Fashionable Summer The Textile Industry Is Looking for A Zero-Rated Facility