Retail inflation spikes to 7-month high of 3.05% in May on costlier food articles. Annual retail inflation in May was 3.05%, up from the revised 2.99% in the previous month, and above analyst forecasts, government data showed on Wednesday.

India’s retail inflation rate hit a seven-month high in May due to higher food prices, government data showed on Wednesday, but stayed below the central bank’s target and potentially gives it room for more interest rate cuts to help a sluggish economy. Annual retail inflation in May was 3.05%, up from the revised 2.99% in the previous month, and above forecasts by analysts. A Reuter’s poll had predicted a retail inflation rate of 3.01% for May. Core consumer inflation, which strips out food and fuel prices, was estimated at 4.1-4.2% in May, lower than April’s 4.53%-4.57%, three analysts said after seeing the inflation figures on Wednesday. While food inflation has been rising, the moderation in core inflation has capped the overall inflationary pressures in the economy, said Tushar Arora, senior economist at HDFC Bank. “We believe that overall inflation would remain subdued, allowing the central bank to cut the policy rate yet again,” he said. Inflation has sharply come down from a peak of more than 12% in 2013, and has now come in below the Reserve Bank of India’s medium-term target of 4% for ten consecutive months.

Comforted by the subdued price pressures, and increasingly concerned by the economy’s faltering growth, the RBI has cut its policy rate three times since February. The most recent reduction was last week, when the RBI lowered its repo rate by 25 basis points to 5.75% and changed its policy stance to “accommodative” to meet the needs of the economy and a banking system laden with bad debts. Prime Minister NarendraModi secured a second term after a landslide election victory last month despite the economic slowdown. During the January-March quarter gross domestic product grew 5.8% annually, the slowest in over four years and well below the rate needed to generate enough jobs for millions of young Indians entering the labour market each month. The combination of low growth and low inflation is particularly difficult for farmers, who benefit from higher food prices. Retail food prices, which make up nearly half of India’s inflation basket, increased 1.83% in May from a year earlier, up from 1.10% in April. Food prices began rising again in March, having fallen in the five months through February. The monsoon season rains arrived a week late this month, by which time reservoirs had dried up in many places, and economists say inflation could pick up in coming months if any shortfall in rains causes a spike in food prices. RBI’s raised its inflation outlook for April-September to 3.0-3.1%, from its April outlook of 2.9-3.0%. 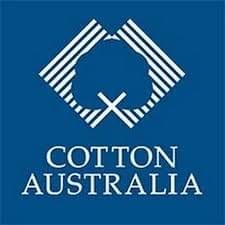 Cotton Australia media release – Once Upon a Try, Cotton Awesome! Brazil in love with the handicrafts of Solapur Techtextil NEXT hackathon: Revolutionising the sector through collaboration and sustainability