There has been an easing in retail inflation in November’20, aided by the moderation in food inflation. Retail inflation for the month at 6.9% was in line with CARE Ratings forecast.

Despite the moderation, the inflation reading continues to be elevated and above the upper band of the RBI target range for retail inflation (6%), for the twelveth successive month.

There has been a buildup in price pressure at the wholesale level too. The wholesale inflation in November climbed to the highest level in nine months (to 1.6%). – Vegetable prices saw the sharpest decline in growth rates (by 6.9%) in November’20 v/s October’20. This decline can be attributed to the higher production reaching markets during the month. Despite the improvements were 16% higher than that in November’19 and can be attributed to the supply disruption consequrnt to the lockdown and unfavorable weather conditions (unseasonal rains) in the main producing regions of Maharashtra and Madhya Pradesh.
– Double digit price increases continued to be recorded most segments of the food basket in November’20 from that in November’19 – meat and fish (17%), eggs (20%),pulses and oil & fats (18% each) and spices (11%).

Core Inflation
Core inflation (which excludes the food & beverages and the fuel & light group having a combined weight of 52.7 in the CPI) inched up, albeit marginally, by 0.02% in November’20, taking it to an over two year high. The firming up of core inflation is reflective of the broad based nature of the prevailing price pressures.

The gap between rural and urban inflation has been widening since the last three months and at 0.5% in November’20 it is the highest since March’20. This is indicative of the price pressures prevailing in rural India.

The majority of states have witnessed an increase in the growth rate of retail prices in November’20 from November’19. Of the 21 states who have reported changes in retail inflation for November’20, only 2 states i.e. Rajasthan(-1.8%) and Kerala (-1.4%) have seen a decline in the growth rate of prices on a year-on-year basis. Price levels were relatively stable in Uttar Pradesh (y-o-y). Among the states, the sharpest increase in price levels has been in the case of Bihar at 8.5% in November’20 over November’19.

With the exception of Gujarat (0.1% increase) and Himachal Pradesh (1.1% increase), the growth in retail inflation has declined across states in November’20 from that in October’20.

Outlook
The supply side issues viz. in case of agricultural commodties could ease, albeit gradually, with the resumption of activity across regions. Also, the higher output,with increased crop productivity, coming into the markets could help cool prices of agricultural produce to an extent. At the same time, the firming of global commodity prices and the increase in logistics costs would put added pressure on price levels across segments. In addition there are concerns that the ongoing farmers agitation would impact prices of agricultural commodities.Despite the upside risk, the statistical high base effect over the next few months could lead to a moderation in inflation rate. We expect retail inflation to move towards 5.5% by March’21. 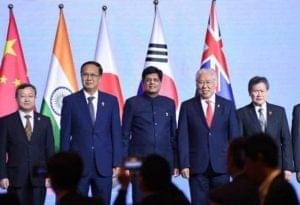