Retail inflation for industrial workers eases to 5.63 per cent in August 2020. Retail inflation for industrial workers eased to 5.63 per cent in August as compared to 6.31 per cent in the same month a year ago, mainly due to lower prices of certain food items. Retail inflation measured in terms of the Consumer Price Index for Industrial Workers (CPI-IW) is the benchmark for working out dearness allowance for central government employees and dearness relief for pensioners. “Year-on-year inflation (CPI-IW) based on all-items stood at 5.63 per cent for August 2020 as compared to 5.33 per cent for the previous month (July 2020) and 6.31 per cent during the corresponding month (August 2019) of the previous year,” a labour ministry statement said.

According to the statement, the food inflation stood at 6.67 per cent against 6.38 per cent in the previous month and 5.10 per cent during the year-ago period. The All-India CPI-IW for August 2020 increased by 2 points to 338.On one-month percentage change, it increased by (+) 0.6 per cent between July and August 2020 compared to (+) 0.31 per cent rise between corresponding months of the previous year. Readymade garment makers to see decline of 25-30% in revenue in FY21: Crisil How To Clean and Wash Your Raw Denim – Tips, Instructions 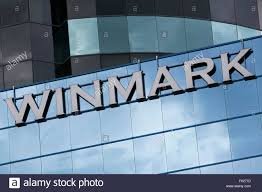