The government has assured homebuyers that it is committed to finding ways to resolve their issues and revive stalled projects. Finance minister Nirmala Sitharaman on Sunday met developers, members of real estate regulation authority (RERA) and homebuyers to understand the issues plaguing the sector.

“The government will address these issues in the coming days and we are hopeful that this process will be useful in finding a solution to the problems of the real estate industry,” said housing minister Hardeep Puri after the meeting. The major issues that were discussed in the meeting included creation of demand, ongoing liquidity issues, stalled projects and homebuyers’ interest. Puri said that government is finding ways to resolve issues regarding homebuyers and stalled projects.

“Whatever problems are there of the homebuyers — stalled projects, etc., —we are exploring ways to move forward on this,” Puri said. “So, it’s a very complicated arena. But given the goodwill within the government, amongst the homebuyers and industry, we will find solutions to whatever problems are there,” he said. The government has met industry representative across sectors to find ways to revive the economy. Sitharaman has already met representatives of the automobile, capital markets, real estate, and small and medium enterprises sectors. “We’ve had very extensive meetings so that home buyers in the NCR (National Capital Region) are not going to be stuck without resolution,” she had said, adding that work is on for providing some kind of solution to the matter of homebuyers being left in the lurch by such developers.

The Confederation of Real Estate Developers Associations of India (CREDAI) has suggested that RERA should be given due recognition in resolution of legacy issues, said its chairman Jaxay Shah, adding that if finance institutions also come under the ambit of RERA, there is a possibility of faster resolution. “We hope to have succeeded in highlighting the urgency to ease the liquidity constraint in the interest of timely delivery to home buyers,” he said, adding that immediate and positive steps from the government will enable developers to contribute their bit to achieving the PM’s vision of ‘Housing for All by 2022’. the future of data connectivity systems 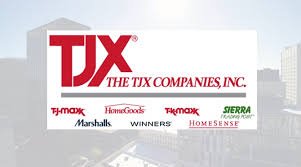