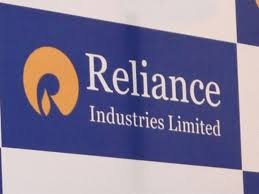 It has hired SumeetYadav, former CEO of South African restaurant chain Nando’s in India, to head Hamleys, according to two people aware of the development. Less than four months after acquiring British toy retailer Hamleys for Rs 620 crore, Reliance Brands is sending an Indian executive to London to helm the global business of the iconic toy company.

It has hired SumeetYadav, former CEO of South African restaurant chain Nando’s in India, to head Hamleys, according to two people aware of the development. Prior to his stint at Nando’s, Yadav worked with Reliance Brands for more than seven years in different roles handling global labels including Diesel, Superdry, Kenneth Cole and Quicksilver.

Reliance Brands declined to comment on the development. In July, Reliance Industries had said its subsidiary Reliance Brands had completed acquisition of London-based Hamleys for about Rs 620 crore (GBP 67.96 million) in an allcash deal. The deal followed Reliance Brands signing a definitive agreement in May to acquire 100% stake in Hamleys Global Holdings from Hong Kong-based C.banner International.

After the buyout, the Hamleys CEO Yong Shen quit in August after being the chief executive for 11 months, according to Shen’s LinkedIn profile. Hamleys operates around 190 outlets globally, including in the UK, China, Japan, Mexico, South Africa, Russia and the UAE, with more than half the stores located in India. A BILLION DISCOVERIES AND COUNTING