The Clothing Manufacturers Association of India (CMAI) has urged the government to reduce the minimum turnover criterion for production-linked incentive (PLI) scheme to ₹50 crore, for the garment sector, especially the domestic sector as there are only a miniscule number of manufacturers who qualify for the current base turnover of ₹100 crore.

“The government is contemplating an outstanding PLI scheme, which for the textile sector been converted to a FPLI scheme. One of the qualifying criteria for this scheme is a current base turnover of ₹100 crore. For the garment sector, and especially the domestic sector, there are only a miniscule number of manufacturers who would qualify for this criterion. To really give a massive push to the avowed objective of pushing MMF sector in the industry, we strongly believe that the minimum turnover criterion be reduced to ₹50 crore, for this scheme to be effective,” CMAI president Rajesh Masand said in the association’s pre-Budget recommendations for 2021-22 sent to finance minister Nirmala Sitharaman.

Stating that more than 80 per cent of the Indian garment industry is within the micro small and medium enterprises (MSME) sector, with its own constraints of finance and sustaining power, the memorandum said the upcoming Budget for 2021-22 is an ideal opportunity for the government to extend support to the MSME sector.

The CMAI has strongly recommended that banks should continue giving Drawing Power (DP) based on 2019-20 performance, and not give weightage to the 2020-21 numbers, as many companies will face a drastic drop in revenue and profits due to COVID-19 pandemic.

“Normally, any ‘Loss’ Return in Income Tax would attract an automatic application of scrutiny. Considering that many firms will be showing losses this year, it is suggested that the mere fact that a firm has made a loss should not make it an automatic candidate for scrutiny,” CMAI said in its letter to Sitharaman.

The upcoming Budget can give an indication and direction to the GST Council to consider the suggestion of removing the current distinction in GST rates below and above ₹1,000 is removed and a uniform rate of 5 per cent GST is applied on all garments, Masand said.

CMAI is the largest and oldest representative of the domestic clothing industry, with over 4,000 manufacturers and 20,000 retailer members. Automotive Nonwovens: At the forefront of new mobility 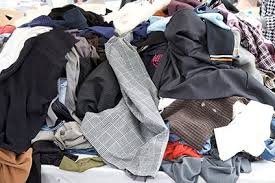