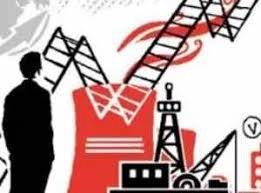 The proposals are part of a draft cabinet note on a national policy on ease of doing business that the department has circulated.

Aiming to break India into top 50 in the global Ease of Doing Business ranking, the Department for Promotion of Industry and Internal Trade (DPIIT) has proposed a series of reforms including reduction in licenses, simpler registration processes and removal of renewal requirements. The proposals are part of a draft cabinet note on a nationalpolicy on ease of doing business that the department has circulated.  The note on the overarching policy, sent for inter-ministerial consultations, includes inspection reforms and assessing requirement of licences, and cost of regulation. “The government is working on a policy and a draft note has been floated,” said an official in the know of the development.

The proposed policy also talks of removal of renewal requirements. It is in line with the government’s agenda of further improving India’s rank in ‘Ease of Doing Business’ ranking as outlined in the BJP’s sankalppatra in its vision for India. India jumped 23 points in the World Bank’s ease of doing business ranking to 77th place, becoming the top-ranked country in South Asia for the first time and third among the BRICS nations last year. In the last two years, the country has climbed 53 notches in the index that ranks 190 nations. However, inward flows of foreign direct investment declined in 2018-19, for the first time in six years, with a steep decline in telecom, pharmaceuticals and power. FDI equity inflows into India fell 1% to $44.4 billion in 2018-19 from a record $44.8 billion in the previous year. The policy has also proposed norms about regular stakeholder consultation on the issue, grievance redressal mechanism; and creation of sector specific single point mechanism to promote domestic and foreign investment. The government has already chosen six districts in Maharashtra, Bihar, Uttar Pradesh, Andhra Pradesh, and Himachal Pradesh for district-level ease of doing business. Perfect control of the weft at all times from IRO AB How is the Global Plastic Recycling Market is Reaching Newer Heights in Today’s World?