It has been bought to notice by the central government that the 1st installment or the 1st payment of repaying the debt taken by Nirav Modi has been done. The Central government shed light on this after the Punjab National Bank (PNB) informed the Ministry of Corporation (MCA). The amount received from US was $3.25 million which is equivalent to Indian Rs. 24.33 crores. The government claimed a victory in its bid to help PNB recover 14,000 crores from Nirav Modi.

An official statement said, “The maiden repatriation of $3.2 million is an unprecedented achievement of the government of India, ministry of corporate affairs in its fight against corporate fraud in overseas territory. The ministry also has initiated proceedings for disgorgement of monies from the perpetrators, i.e., the entities promoted and/or controlled by Nirav Modi/ Mehul Choksi.”

MCA said that, “Punjab National Bank Limited in 2018 informed the MCA that three companies promoted by Nirav Modi, namely Firestar Diamond, A. Jaffee and Fantasy (all Inc) had filed for Chapter 11 Bankruptcy Protection in the Southern District of New York, United States of America.”

In 2018, Nirav Modi filed for chapter 11 in the southern district of New York which states protection against bankruptcy for his 3 companies namely- Firestar Diamond Inc, A Jaffee Inc and Fantasy Inc.

On another end, the Interpol has put out a red corner notice for a global arrest warrant of Ami Modi. Ami Modi is the wife of the fraud-accused diamond merchant Nirav Modi. The notice is issued in connection with the money laundering cases issued against her in India. As Ami Modi was last seen in 2019 at the United States, probe agencies are unsure about her current location. Red corner notices have also been issued against Nirav Modi, his brother Nehal and his sister Purvi.

The red notice has been issued by the global police body on the request of the Enforcement Directorate (ED). Once such a notice issued against a fugitive, the Interpol asks its 192-member countries to arrest or detain the person if spotted in their countries after which extradition or deportation proceedings can begin. Nirav Modi, is currently lodged in a UK jail after being arrested in London in March, 2019 and is currently fighting extradition to India.
The ED has already confiscated about Rs 329 crore of his linked properties. Amiraah India has a new address 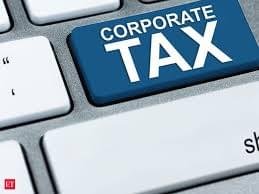 ‘Due Diligence a Key Challenge when Buying an Asset under IBC’.