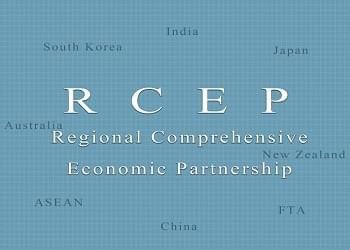 Sections of Indian industry, farmers and dairy sector have expressed concerns over the mega trade deal.

To make the proposed Regional Comprehensive Economic Partnership (RCEP) deal between 16 nations more acceptable to Indian negotiators, Japan is trying to convince China to lower demands put forward to New Delhi seeking a reduction or elimination of import duties on goods, a person close to the negotiations has said.

Trade Ministers from RCEP countries are scheduled to meet again on November 2-3 in Bangkok to see if an announcement on concluding the deal could be made at the RCEP Leaders Summit on November 4 as planned, or whether a partial conclusion is all that that can be managed at the moment, the official added.

The RCEP deal is being negotiated by 16 countries, including the 10-member ASEAN, China, India, South Korea, Japan, Australia and New Zealand. It is one of the largest free trade deals being negotiated globally, accounting for about half the world’s population and a third of its GDP.

India had raised strong last-minute objections to the proposed RCEP pact at the meeting of Trade Ministers in Bangkok earlier this month when all members were supposed to settle their niggling differences and reach an agreement on all issues.

“It was deeply surprising to see Indian Commerce Minister Piyush Goyal suddenly adopt a harsh position on a number of issues and demand more safeguards than other members were ready to give. Many of these issues were seen as settled earlier with mutual consent of all members, including India, but these were being freshly raised,” the official said.

Many of the demands raised by India were in the area of enhanced coverage of items under the auto trigger mechanism and relatively tougher rules of origin. While the auto trigger mechanism will lead to an increase in import duties as soon as inflows of a particular product rise beyond a certain threshold, tough rules of origin aim to ensure that there is substantial value addition to a product before it is exported to another country where it is eligible for preferential duties.

The apprehension being felt by many industrial sectors and farmers on a possible flooding of the market with cheap imports once import duties on goods from China are pared is one of the reasons behind India’s hard posture at the negotiations. “Japan has probably realised that India will not have the political appetite to say yes to the RCEP pact unless China’s demands go down a bit. That is why Japan seems to have taken up cudgels on behalf of Indian negotiators. But Japan would also want to ensure that India does not backtrack further if it manages to convince China to compromise,” the official said. 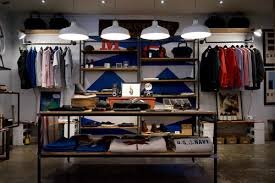 US clothing business partners with service provider for donations