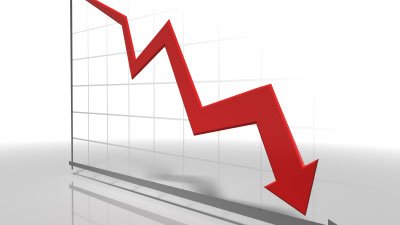 The chances of re-emergence of the Covid through the Omicron variant is said to be having a global impact. The slump in the prices of cotton crop is also being seen as the direct impact of this. The prices of raw cotton have witnessed a slump of up to Rs 2,000 per quintal in the last fortnight. The prices that were being quoted up to Rs 9,400-9,500 per quintal are now have come down to Rs 7,500-7,700 per quintal. The lower quality crop is being traded even at Rs 6,200-6,500 per quintal. Apart from slump in prices, the quality of the crop and yield too have come down due to pink bollworm attack on the crop.

The impact of the pink bollworm could be gauged from the fact that the arrival of the cotton crop in the mandis is less than half than the corresponding period in the previous year. As against the arrival of 19.96 lakh quintal till December 1 in 2020, this year the arrival till that date is only 9.20 lakh quintal in mandis across seven districts of Punjab. The cotton is also more yellowish than pure white. Cotton has been grown in 3.04 lakh hectares in Punjab.

Views of the Trade.

“The industry is fearing adverse impacts due to spread of the new variant and prices of cotton have come down,” said cotton trading body Indian Cotton Association Limited (ICAL) president Mukul Dev Tayal.

Cotton Ginning Factories Association president Bhagwan Dass Bansal said the entire business community is fearful, which has resulted in the decline in prices.
The same is being echoed by the authorities of Punjab State Agricultural Marketing Board (PSAMB), which manage the cotton arrival and sale data. PSAMB state cotton coordinator Rajnish Goel said, “The prices have nosedived by nearly Rs 2,000 per quintal in a fortnight and the arrival is much less than the previous year. According to industrial houses, the prices are down due to low demand in the international markets”.

The damage to cotton crop due to pink bollworm attack and the resultant low yield were somehow compensated with spurt in prices — some even had breached the psychological barrier of Rs 10,000 per quintal. “Now, the slump in prices has minimised that compensation,”said farmer Nachhattar Singh from Naruana village in Bathinda, who had brought crop from his leased 10-acre to Bathinda grain market. Nachhatar said as against the yield of at least eight quintals per acre in the previous years, now he got a little over five quintal and the quality too is not good. “I was expecting to get price of nearly Rs 9,000 per quintal, but it is even less than Rs 8,000 per quintal.”

Mohinder Singh from Kot Shamir village said, “We have double blow in yield and prices, as these have come down considerably than what these were 15 days ago.” 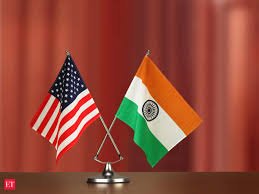